Life on the Inside: Creating a Sense of Place

Within the framework set up by the War Relocation Authority, internees developed a number of routines and practices that helped instill a sense of community.  Each detention camp was staffed primarily by internees.  Routine activities, such as cooking, cleaning, and the upkeep and improvement of facilities were performed by camp members.  Internees also ran community stores, grew food to feed other internees and to aid in the war effort, and  worked on infrastructure projects as assigned by camp administrators.

Outside of the official duties assigned by the administration, internees organized activities such as dances, festivals, and regular religious ceremonies.  Some of the activities, like Boy Scout and Girl Scout parades, emphasized American patriotism, others, such as Obon Odori festivals, were adapted from traditions rooted in Japanese culture. 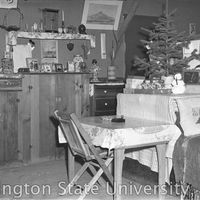 This photograph illustrates the cramped quarters faced by internees. In this instance, the family still made room for Christmas decorations. 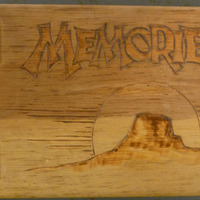 For better or worse, the landscape provided an integral touchstone for individuals confined to each of the camps. This autograph book reflects the prominence of Heart Mountain for those living there. 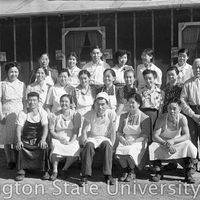 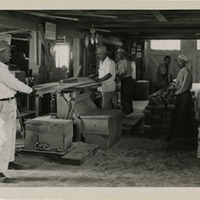 Many male internees worked on maintenance crews. This photograph features men working in a wood shop at Minidoka Relocation Center. 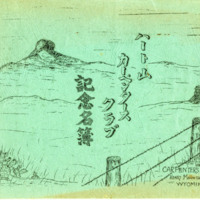 This is an informal listing of carpentry crews at Heart Mountain. The information listed includes each worker's hometown, hobby, and former profession (the last two are listed in Japanese). 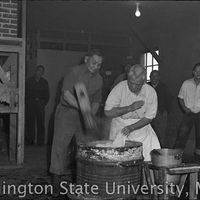 Some recreational activities in the camp were traditional Japanese pastimes. The men shown here are making mochitsuki a few days prior to the Chinese New Year. 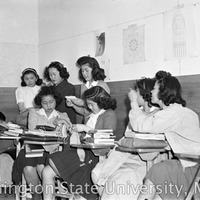 Many youth activities reflected American ideals or culture, such as Boy Scouts and swing dancing. This is a meeting of a high school service organization called the Girls' League.

For more information see the added resources section on life in camp.