“What took place after December 7, 1941, was an amalgamation of nationalism and racism, which culminated in a complete polarization between things Japanese and things American…”
Eiichiro Azuma (Between Two Empires, page 209)

On February 19, 1942, President Franklin Roosevelt signed Executive Order 9066 (EO 9066), which gave the Western Defense Command the authority to bar any and all individuals from specific regions defined as strategic by the Western Defense Command. This ultimately resulted in the mass removal of Japanese Americans from the West Coast. Prior to EO 9066, the Department of Justice had detained thousands of Japanese, German, and Italian Americans deemed potential threats to national security. In addition, community leaders from the Japanese American community were imprisoned in facilities formally known as "Internment Camps."

Although the FBI and Naval Intelligence had concluded there was no threat of espionage amongst the remaining Japanese American population, the Western Defense Command decided incarceration was necessary based largely on attitudes that people of Japanese ancestry were incapable of being dutiful American citizens.  In the words of General John Dewitt, leader of the Western Defense Command in 1942, "once a Jap, always a Jap." The decision to exclude Japanese Americans from the West Coast and southern Arizona resulted in a loss of liberty and property by those interned and a large expenditure of material and human resources by the United States government to house, feed, and guard the internees. 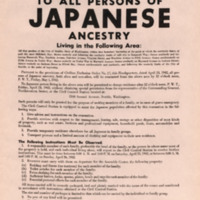 Mass removal began in March 1942, one month after Roosevelt issued EO 9066. As indicated by this poster, internees had little time to prepare for departure. 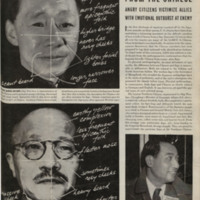 This issue of Life magazine published two weeks after the attack on Pearl Harbor claimed that good Asians (Chinese) could be distinguished by their physical features.  This heightened attention supported attempts to embrace the Chinese as allies and the Japanese as villians. 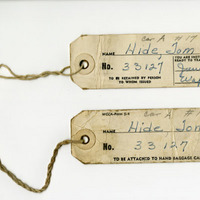 Upon removal from their homes, Japanese American families were given an ID number.  These tags include the number for the Hide family of Wapato, Washington. 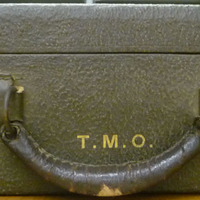 Each internee was allowed to pack only what they could carry--usually two pieces of luggage for each adult.  All other possessions were sold, given away, or stored.