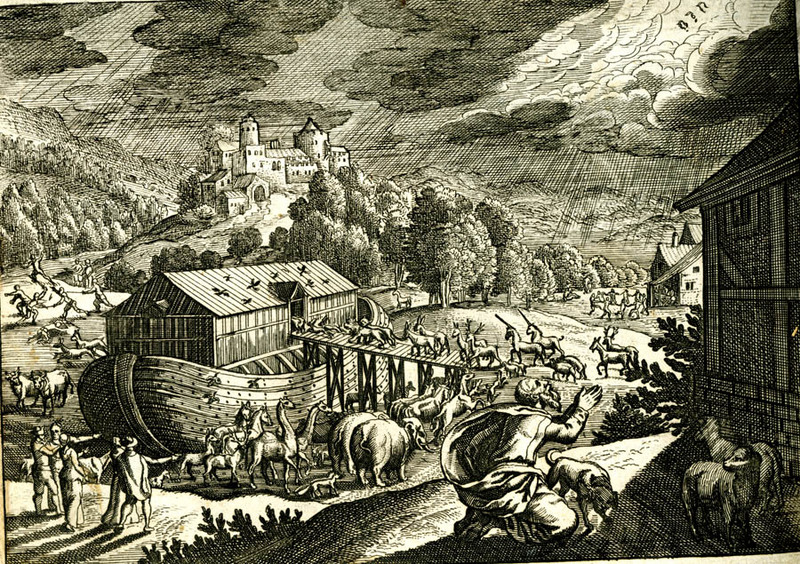 In the 1600s and 1700s European explorers returned with accounts of exotic animals living on distant shores. Sometimes, depictions of these new species were commissioned to artists and craftsmen who had to rely upon verbal or written accounts from those who had either seen these creatures or had heard of them from other sources. The accuracy of the resulting illustrations was often debatable as this engraving of a hippopotamus and rhinoceros demonstrates.  The idea that the world might be home to Blemmyae and Panottis as well as more mundane fauna persisted in later eras as well. Illustrations in Robert Arnauld d’Andilly’s richly illustrated seventeenth-century French translation of the first-century scholar Josephus’s Antiquitates Judaicae (1681) reinforce this notion. In this whimsical engraving of the animals boarding Noah’s ark, for example, viewers can see a pair of unicorns marching up the ramp to the massive sea craft. 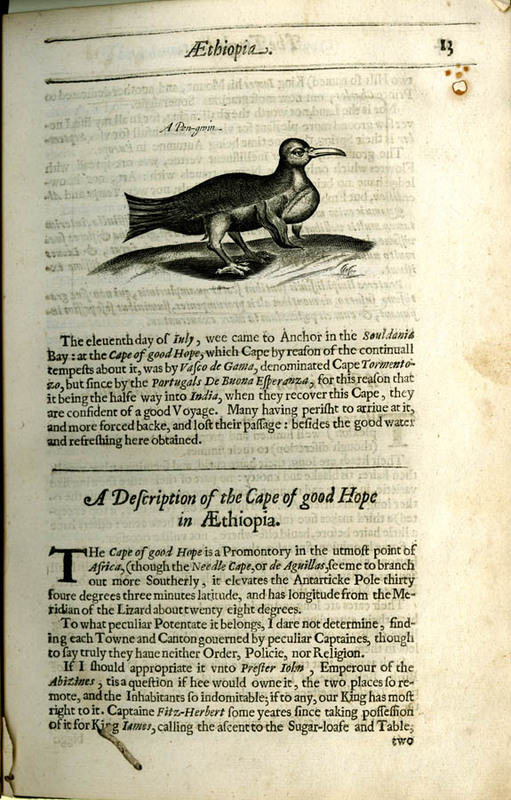 In Sir Thomas Herbert’s 1634 account of his travels throughout parts of Africa, Asia and India, illustrations of several exotic birds and animals present, for the most part, recognizable likenesses. This engraving of a penguin sighted off the Cape of Good Hope serves as a great example. Highly stylized to emphasize its unique physical characteristics, it still passes for a penguin. 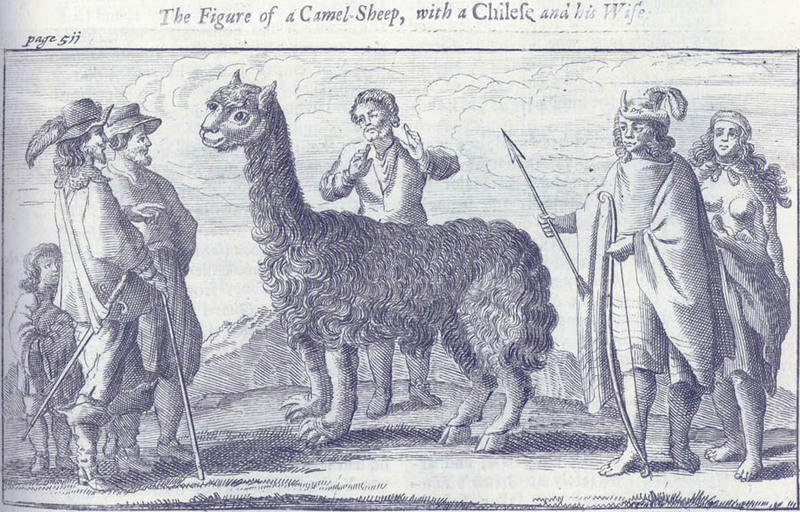 This copper-plate engraving of a llama that appears in Henry Brewer and Elias Herckeman’s A Voyage to the Kingdom of Chili [sic] in America (1649) conveys a similar visual credibility. Here labeled a “Camel-Sheep,” the llama’s characterful head, neck, woolly pelt and hindquarters resemble the animal in life. Its claw-like forepaws, however, call to mind one of the beasts in Where the Wild Things Are. 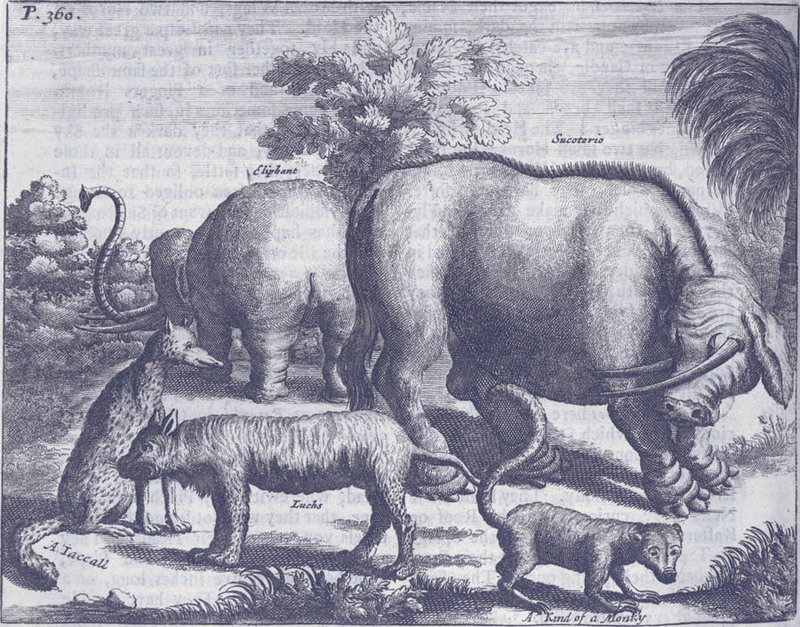 One of the most richly illustrated is an English translation of the Dutch explorer Johan Nieuhof’s Remarkable Voyages and Travells [sic] into Brazil, and the Best Parts of the East-Indies (1682). The illustrations in Nieuhof’s work are notable for their comparatively accurate renderings of animals native to the tropics. Even so, some strange creatures appear in its pages. For example, the snouted, two-horned Sucoterio depicted above most likely represents a Sumatran rhinoceros. This creature was deemed so extraordinary that it appears twice in Nieuhof’s book, as this plate and the title page on display in the case suggest.

← Mythical People
Under the Microscope →
Bewildering Beasts
Beasts from Beyond