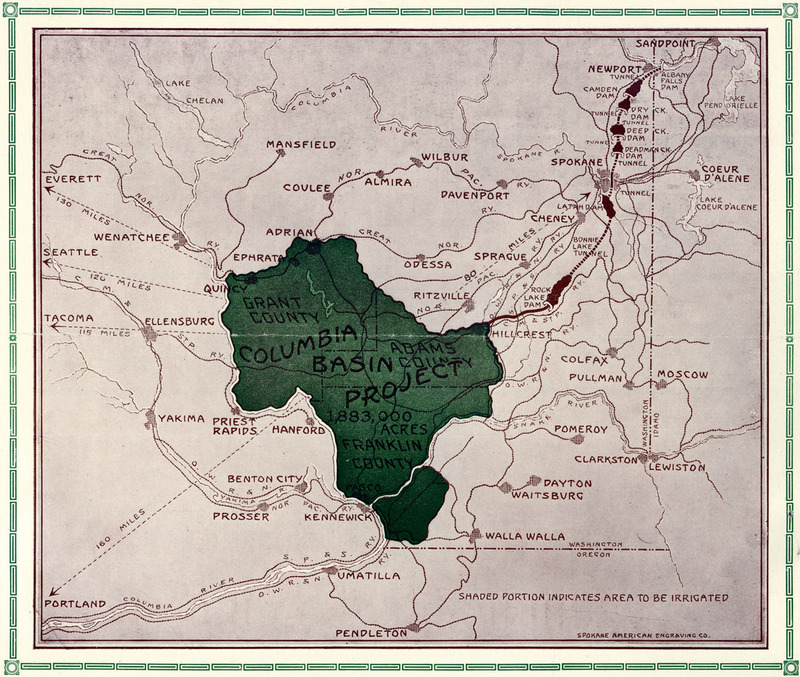 This map details the tunnels, canals, and dams that comprised the Gravity Plan.

The irrigation projects in the early 20th century were born partly out of frontier narratives that merged a sense of destiny with appeals to national pride and the promise of prosperity. Similarly, the Columbia Basin Irrigation League (CBIL) promoted the Gravity Plan as a means to realize the promise of the Western frontier with zealous determination. Equally zealous were backers of the dam who envisioned a growing industrial base arising out of the electricity produced by a large facility at Grand Coulee, in addition to new farms resulting from irrigation. The CBIL, backed by the Spokane Chamber of Commerce, was better funded than their counterparts and garnered endorsements from Panama Canal engineer George Goethals, Herbert Hoover, and Governor Ernest Lister.

← An Idea
The Dam →
It Shall Be Done: The Demise of the Gravity Plan
The Plan