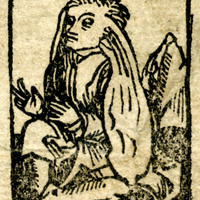 Engraving of the Panotti from the Nuremberg Chronicles (1500) 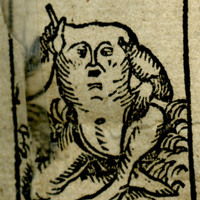 Engraving of the Blemmye from the Nuremberg Chronicles (1500)

Renderings of Pliny the Elder’s accounts circulated widely throughout Europe during the middle ages and Renaissance in both manuscript and print sources. The versions in Schedel’s chronology were likely produced in the Nuremberg workshop of Michael Wolgemut, where the phenomenal Albrecht Dürer apprenticed .The human desire to see things is so powerful that people can imagine seeing things that do not exist. The images displayed here represent attempts to visualize strange creatures, some real and others imagined, appearing in a variety of early printed resources held in the MASC. These books were published between the sixteenth and eighteenth centuries.