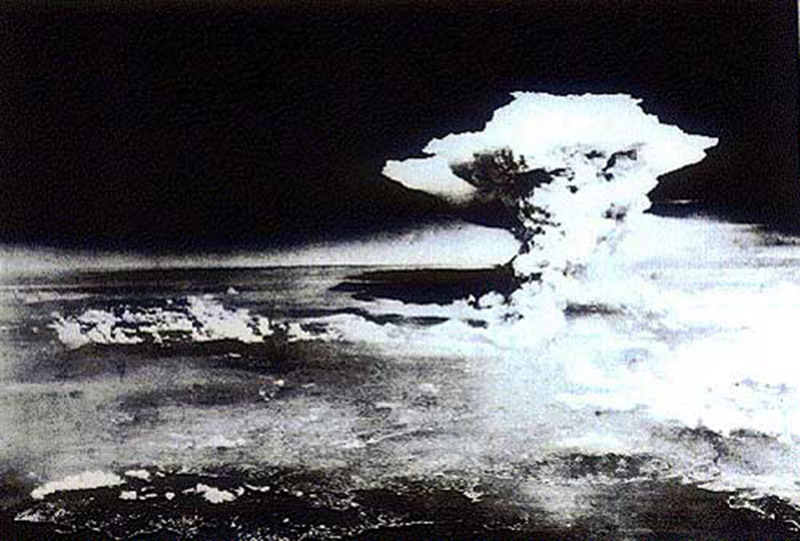 The mushroom cloud of Little Boy rising over the city of Hiroshima on August 6, 1945. Photo provided by the Hiroshima Peace Memorial Museum and photographed by the United States Army Air Corp.

Hiroshima and Nagasaki remain the only cities in history to have been bombed with atomic weaponry. Although conventional firebombing across the Japanese mainland led to overall higher casualties, the unprecedented aspects of sudden attack, instant devastation and nuclear radiation make the atomic bombs unique in their effect. [1]

By this point in the war, Japan had been under a widespread firebombing campaign for approximately 8 months. Large formations of B-29s from the recently captured Tinian islands were used to carpet bomb major cities in Japan such as Tokyo, Osaka, Kobe, Okayama, Fukuyama, Kagoshima and Hakodate. [2]

However, key cities such as Hiroshima and Kyoto were largely spared of any firebombing attacks. Kyoto in particular was spared because of the citie's cultural significance and heritage being considered too valuable to destroy. Some citiizens of Hiroshima and Nagasaki believed that they were simply lucky not to be considered a worthy target. Most did not expect the devastation that was to come.[3]