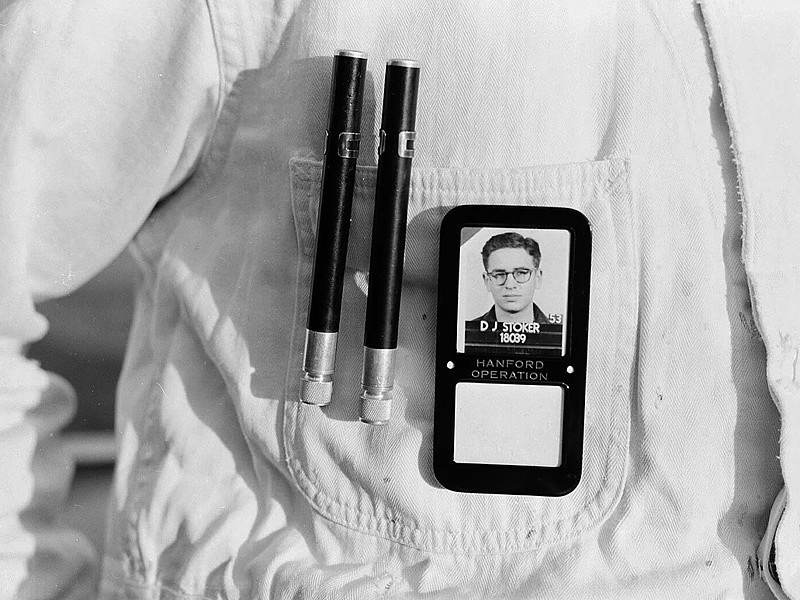 Understanding the worker safety procedures at the Hanford Site is essential for understanding the severity of contamination and endangerment of the workers and surrounding population. Wartime operations administrators at the Hanford Engineer Works (HEW) in conjunction with the Army Corps of Engineers’ Manhattan Engineer District (MED) faced a unique battle in protecting their workers from radioactivity in the plants they worked in every day. With this danger in mind, building plans were modified to limit the amount of radioactivity that leaked from the reactors as well as remote operations and repair tools essential for safe operation. This included measurement procedures that were extremely precise and could not vary by even a thousandth of an inch.

For example, in the graphite reactor cores, cross-section measurements were not allowed to deviate by more than .0005 inches.[1]  Even nails used in the construction of the reactors had to be covered in lead and the lead-sheeting covering the exterior of the buildings had to be overlapped at the seams. In addition, all of the areas where radiation would be present were equipped with ventilation systems designed to draw air inward hopefully to prevent radiation leaks from escaping the buildings.[2]  Also included into the building of the reactors were remote operations and repair tools in order to limit the radiation exposure to workers. Dr. Glenn T. Seaborg visited the reactor piles on Tuesday, December 12th, 1944 and described the setup inside the buildings,

These exhaustive safety precautions built into the construction of the reactors was just the beginning. A new science emerged that studied the recognition, evaluation and control of health hazards to permit the safe use and application of ionizing radiation, health physics or The Physics of Radiation Protection. This new science warranted a team of on-site experts that became known as the Health Instruments (H.I.) Section in July 1944.[4] Included in the H.I. Division’s daily tasks were defining and measuring radioactive hazards around the site and in turn creating safety procedure that would protect the workers from this toxic, invisible danger.

The H.I. Division’s task of tracking and quantifying radioactive hazards resulted in the incorporation of many environmental monitoring devices placed in the areas of worker inhabitance and worn by workers on a daily basis. Geiger-Mueller counters and air monitors were utilized as well as film badges and “pencils” (thin ionization chambers) worn by workers daily that were checked once a week and once a day, respectively.[5]  In addition to daily monitoring of all places and workers at the Hanford site, the H.I. Division was quick to adapt the safety procedures if certain issues were to arise.