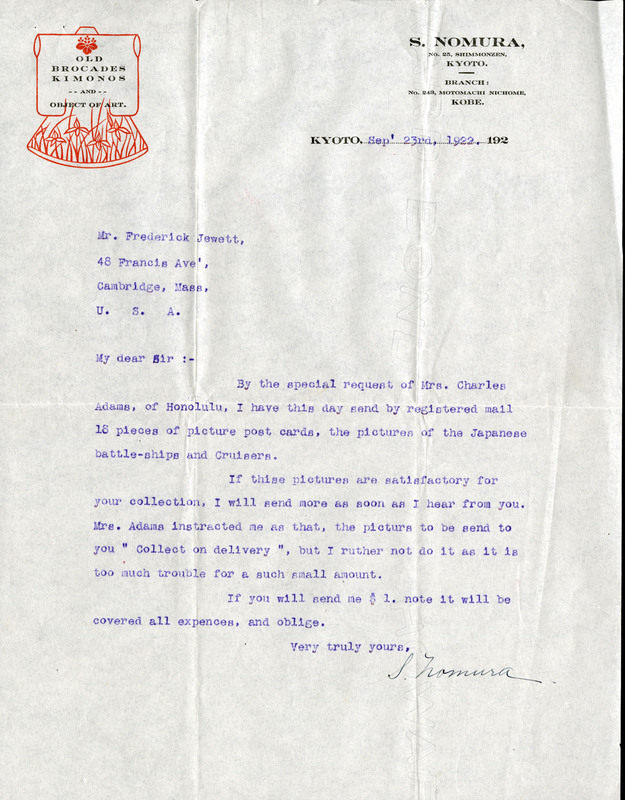 George Frederick Jewett was born in Saint Paul, Minnesota on August, 22 1896 to James Richard Jewett and Margaret Weyerhaeuser, the daughter of timber magnate Frederick Weyerhaeuser. Jewett studied at Harvard University where he received his B.A. in 1919 and his M.B.A. in 1922. Jewett began his career in the timber industry joining the General Timber Service in Saint Paul in 1922. In 1925 he became office manager of the Clearwater Timber Company in Lewiston, Idaho. Over the course of the next three decades, Jewett became a fixture in the Inland Northwest for his role in the booming timber industry. In 1937, he moved to Spokane, Washington, where he eventually became president of Potlatch Forest, Inc.

Prior to working in timber, Jewett served in the U.S. Naval Reserve, serving aboard the USS Oklahoma during World War I, continuing a legacy of sea faring Jewetts. This interest in sailing was continued by his son George Jewett, Jr., who a key backer of American yachts competing for the America's Cup in the 1980s. In addition to serving in the navy, Jewett, Sr. amassed an impressive collection of photographs, model ships, and books related to naval history and naval power. As this letter to S. Nomura indicates, Jewett actively sought to build a collection that represented the navies of the day. Jewett passed away in 1956, with his estate donating the collection to WSU shortly thereafter.