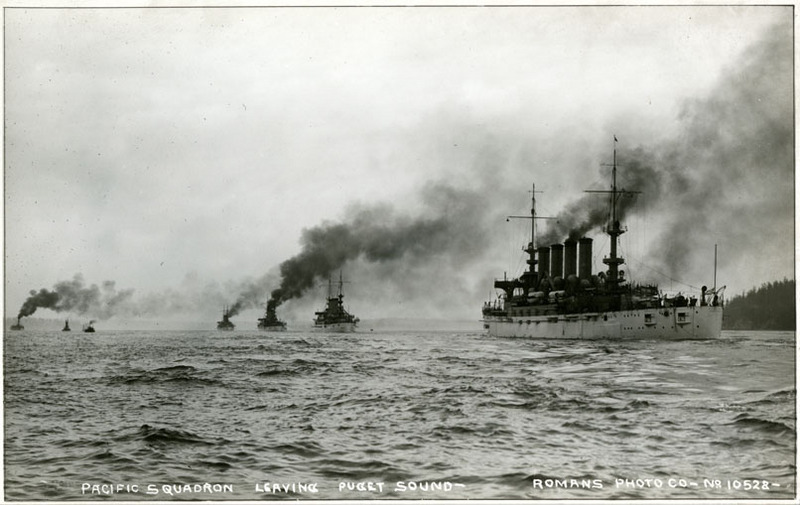 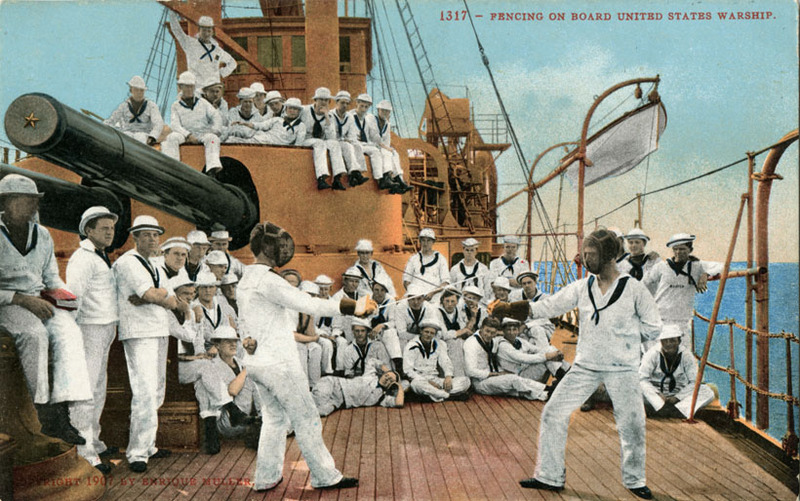 As the United States Navy expanded and showcased its growing power throughout the globe, sailors understandably needed recreation during long voyages- which could last for months. 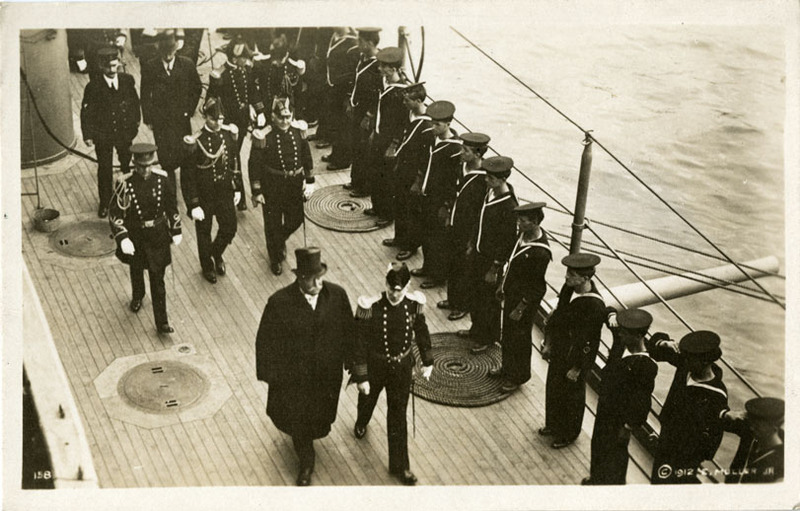 President Taft and the Secratary of the Navy aboard the USS Arkansas in 1912. A powerful battleship, the Arkansas served until the end of World War 2.

The Jewett Naval History Collection illustrates changes of the United States Navy from the ironclads of the mid-19th century to the Navy's immense growth in World War II. United States Naval expansion began in the 1880s as naval leaders successfully obtained funds from the Federal Government to expand and modernize the Navy.  The newly modernized navy supported the United States' growing and increasingly aggressive foreign policy. In 1890, Alfred Thayer Mahan published an influential compilation of essays titled The History of Seapower upon History, 1693-1783, which bolstered arguments of U.S. overseas expansion and the need for a strong navy to support territories and trade routes. By the mid-1890s, the United States military began to plan a war with Spain to obtain Spanish possessions in the Caribbean and the Philippines. The strategy, which involved blockades and direct engagement with the smaller Spanish fleet, required a large naval commitment. After its eventual annexation of Cuba, Puerto Rico, and the Philippines, the United States used its navy to enforce its influence in the Pacific and the Western Hemisphere. In 1907, President Theodore Roosevelt authorized the around-the-world sail of the United States' Great White Fleet as a display of U.S. naval power. The United States continued to grow and modernize until the Washington Naval Treaty of 1922 limited the construction of naval ships. Japan's renunciation of the treaty in 1936 and the attack on Pearl Harbor reignited the buildup of the United States Navy.