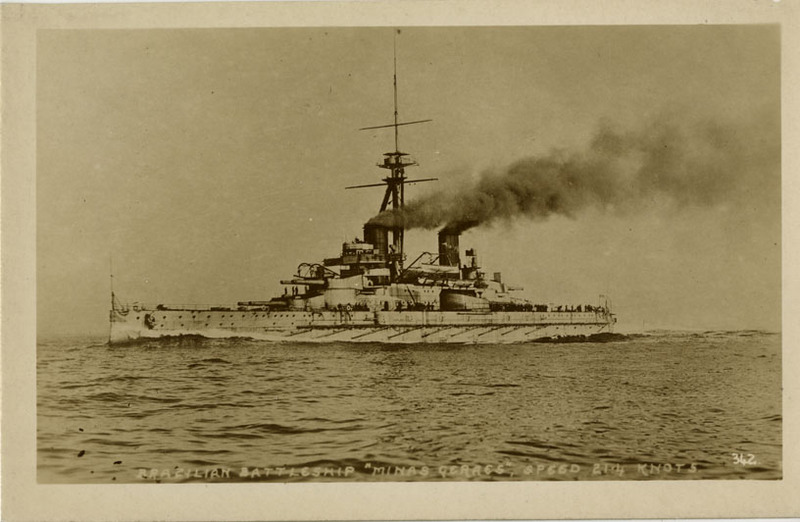 Brazilian Battleship Minas Geraes- This dreadnought battleship was launched by Brazil in 1908 and ignited the South American naval arms race between Brazil, Argentina, and Chile. 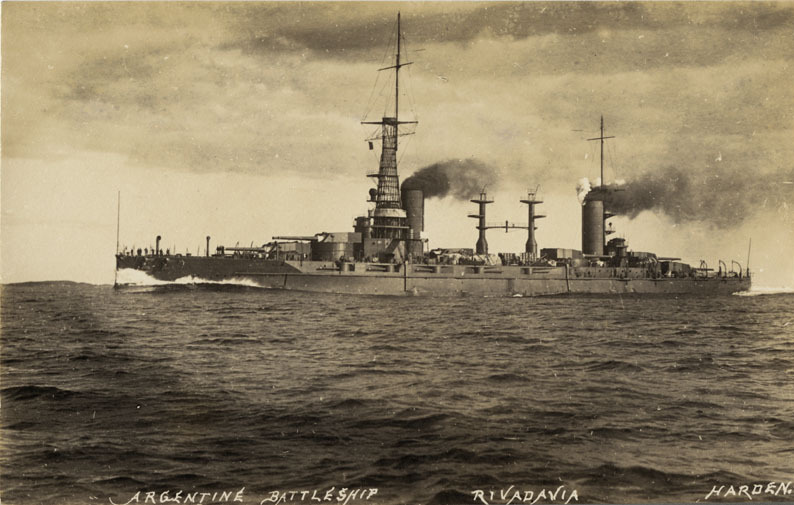 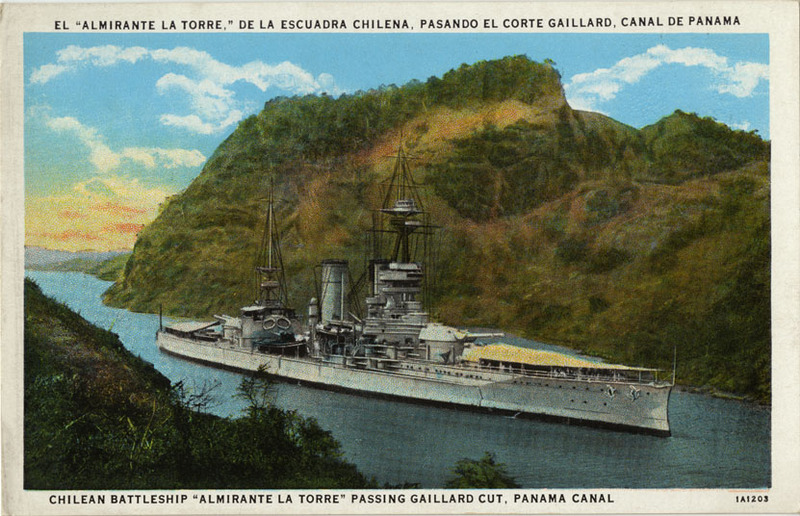 As countries like Great Britain, the United States, Germany, and Japan were engaged in a pitched arms race, Latin American countries also sought to bolster their navies with modern vessels. Without the industrial capacity of nations like the United States, Latin American nations looked to foreign powers to help design and construct their fleets. Great Britain and the United States were more than happy to lend a hand, as this was a lucrative endeavor. The South American dreadnought race between Brazil, Chile, and Argentina was initiated in 1906 when Brazil ordered three new dreadn0ught-type battleships from Great Britain. Alarmed, Chile and Argentina quickly ordered their own classes of new battleships. The Minas Geraes class of battleships was constructed by the British for the Brazilian navy in 1910, the Rivadavia class by the United States for the Argentine navy in 1911, and the Almirante Latorre by the British for the Chilean navy in 1913. The three Latin American powers planned additional ships but this was interrupted by the start of World War I. Britain could no longer build ships for foreign navies. Ships that were currently under construction were either canceled or acquired by other navies. For example the Brazilian dreadnought Rio de Janeiro was sold to the Ottoman Empire in late 1913 and then seized by the British and commissioned as the HMS Agincourt. With the conclusion of the war, all three countries planned for additional ships but most were abandoned with the post-war naval treaties and poor financial situations that resulted from the war.