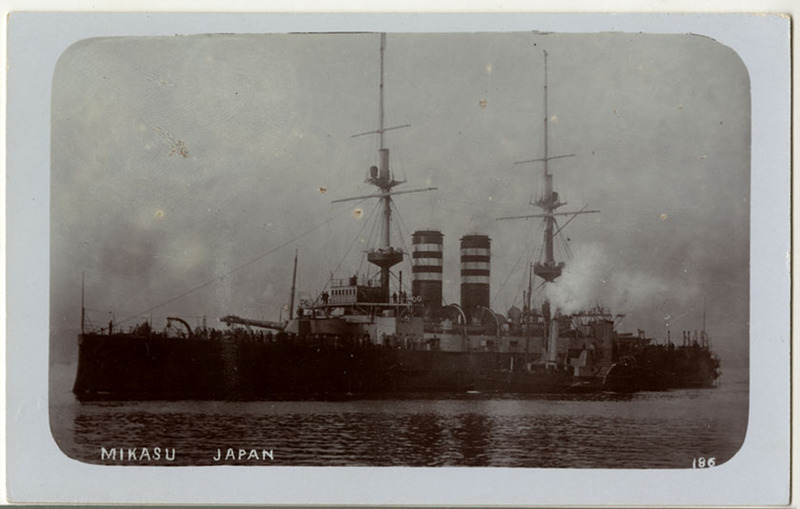 I.J.N. Mikasa- Ordered as an imporved version of the Majestic Class, this ship was built in Britain for the Japanese and was the flagship of the Japanese forces at the Battle of Tsushima in 1905. It is currently preserved as a museum ship and is the last survivng example of a pre-dreadnought battleship in the world.

The Meiji Restoration of 1868 consolidated power under an Emperor, who sought to incorporate Western knowledge and practices to transform Japan into an industrialized nation both economically and militarily. As a result, Japanese ship-building quickly adopted new technologies and the Japanese navy sent officers abroad to learn modern tactics. In 1870, an imperial decree determined that Britain’s Royal Navy should be the model on which the new Japanese Imperial Navy was based. During this period of the 19th century, Japanese ships and weapons were built overseas as Japan still lacked the infrastructure and dockyards to enable home-built ships. Britain constructed several large warships for Japan during the 1880s to compete with China, who had equipped itself with two German-built battleships. An arms race ensued with China, and Japan sought help from France. Japan was uneasy about its reliance on Britain due to Britain’s close relationship with China. As a result, Japan adopted the French philosophy of the day which favored multiple small, fast warships to attack larger battleships. By the mid-1890s however, Japan turned to Britain once again for production. Although Japan defeated China in the First Sino-Japanese War from 1894-1895, the nation’s lack of large battleships became apparent as the Chinese battleships were impervious to smaller Japanese guns. As a result, Japan sought to create its own fleet from materials made within the Japanese Empire, using its own construction yards by the early 1900s.