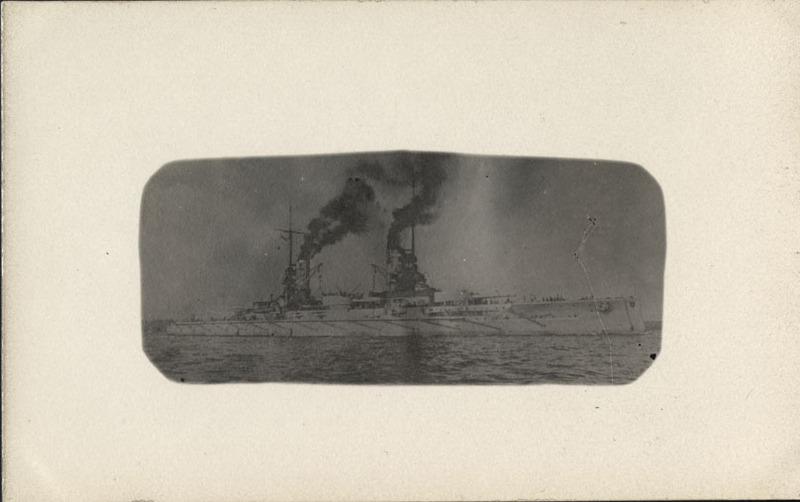 S.M.S. Kaiser- The lead ship of the Kaiser class of battleships, the SMS Kaiser was present at the Battle of Jutland in 1916 and was later scuttled at Scapa Flow in 1919. 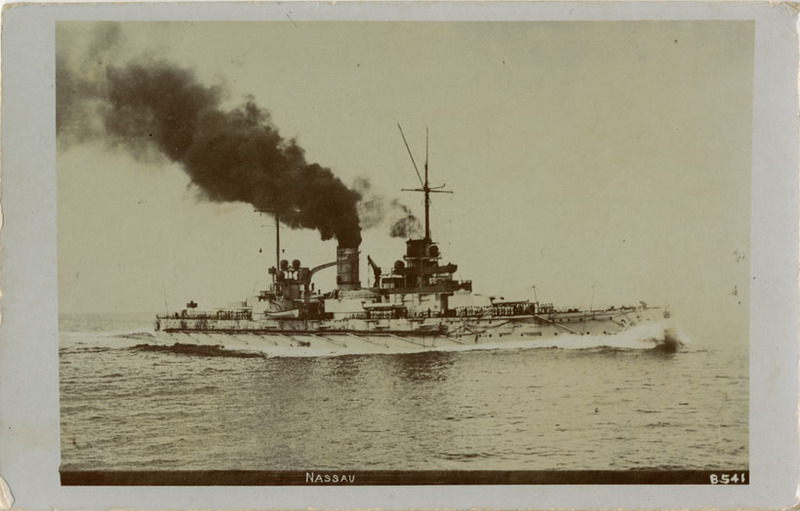 S.M.S. Nassau- The lead ship of the Nassau class of German battleships. This class of battleships were the first type of dreadnoughts launched by the Imperial German Navy. 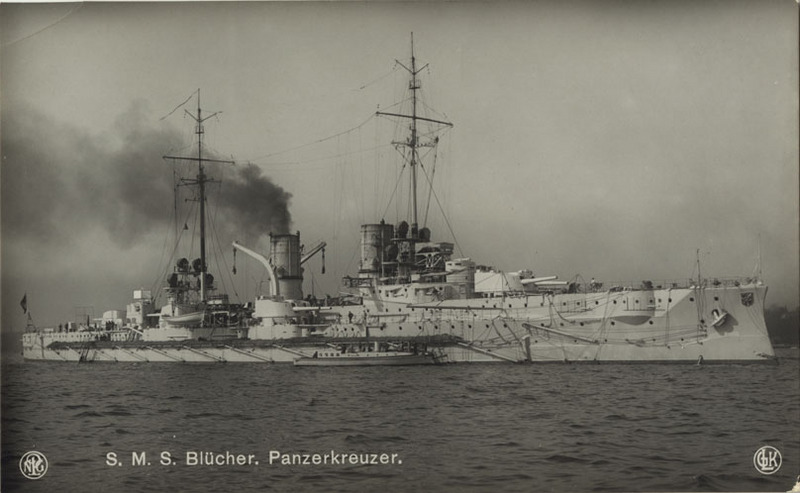 S.M.S. Blucher- The SMS Blucher was a unique armored cruiser built for the Imperial Germany Navy. This ship was sunk by British battlecruisers at the Battle of Dogger Bank in 1915.

Germany, which was unified in 1871, was a relatively young nation by the start of the 20th century. Soon after unification, Germany realized that to fully compete with Great Britain a powerful navy was needed. By the beginning of the 20th century Germany overtook Great Britain as an industrial powerhouse, which provided abundant resources for military expansion. As a result, Germany constructed a navy that could almost rival the size of the British Navy at the outbreak of World War I. The first decade of the 20th century witnessed an Anglo-German arms race, brought about by changing naval technologies and the need to build the most powerful warships. The introduction of the first all big-gun battleship, the HMS Dreadnought, in 1906 led the German’s to build the Nassau class to close the technological gap between it and Great Britain. This initiated a duel between the two nations to see who could build the strongest navy. While the new German battleships and battlecruisers tended to be more lightly armed than their British counterparts, they compensated with superior armor and accuracy. Germany produced multiple powerful classes of battleships. These included the Kaiser, Konig, and Bayern classes. The finale of this arms race was the Battle of Jutland which took place from May 31 to June 1 of 1916. Considered a tactical victory for the German High Seas Fleet, as they sunk a higher tonnage of British vessels, the battle was nonetheless a strategic British victory as the German fleet never engaged the British Fleet in a large battle throughout the rest of World War I. The ultimate fate of the German Fleet was the interning at the British naval base at Scapa Flow and subsequent scuttling by their crew, leaving many wrecks of these powerful vessels as diving locations today. The Jewett collection also contains scale waterline models of the main vessels from the German High Seas Fleet, including the Blucher, Bayern & Baden, and the Scharnhorst and Gneisenau.