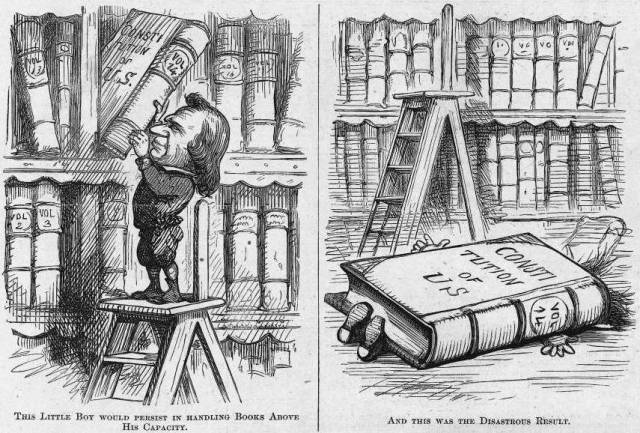 "This Little Boy Would Persist in Handling Books Above His Capacity. And This Was the Disastrous Result." 1868 Harper's Weekly Cartoon

This cartoon from Harper’s Weekly from 1868 illustrates the Northern contempt for Johnson and his reluctance to embrace the Republican goals of Reconstruction after the bloodiest conflict in American history. Juxtaposed to the the image below where Johnson seems to be invoking the Constitution as his reasoning for not embracing Reconstruction, this cartoon suggests that Johnson is immature and incapable of handling the duties of being president. The cartoon suggests that Johnson is overwhelmed by the immensity of handling the Constitution and will be crushed by the document by trying to handle it for his own reasons. 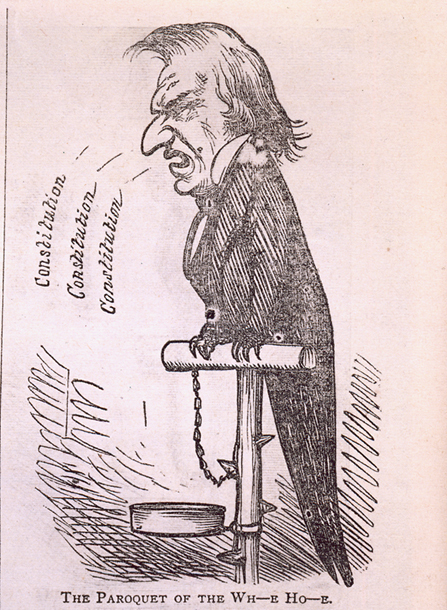 This is an article seen in the New York Times summarizing President Johnson's reasoning for dismissing Secretary of State Edwin M. Stanton. Within this article it chronicles President Johnson’s emotions and attitudes toward Stanton. It also includes his executive orders to remove Stanton from office and replace him with the Union general Ulysses S. Grant. This article is a preface leading up towards President Johnson's impeachment, and was the tipping point for Radical Republicans in Congress who saw this as an opportunity to strike at the president.