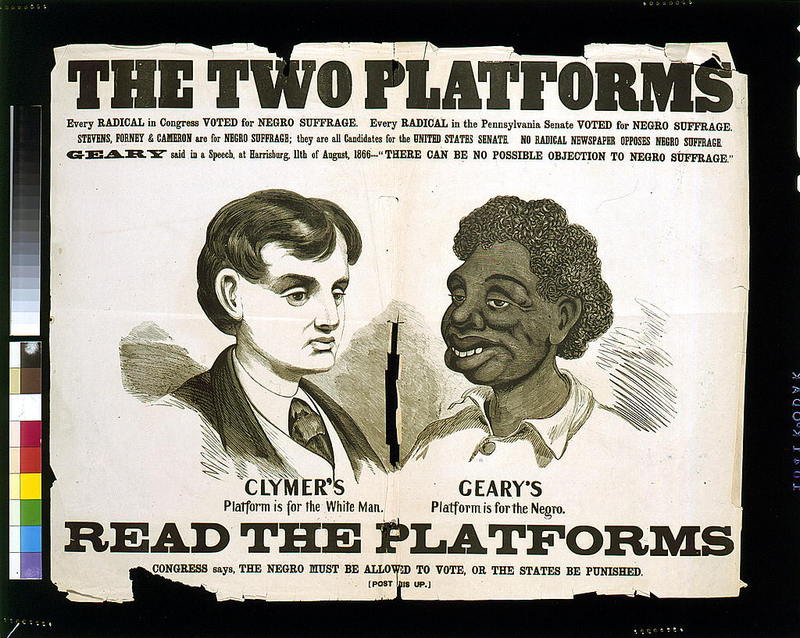 The Jim Crow Laws were put into place in the South, mainly in Louisiana, Mississippi, Alabama, and Georgia, the states that forced African Americans to take literacy tests in order to vote. During the 1840s, several men from New York began to also imitate the traditions and actions of slaves. They called themselves the Virginia Minstrels. The implementation of Jim Crow Laws could be seen anywhere with segregation and the thought that African- American people were inferior to their white counterparts.

In the North and the rest of the country, there were fewer legal barriers, but there were strongly enforced social norms that produced widespread, and blatant segregation and discrimination in employment, housing, schools, churches, and most other aspects of life. In the South, Jim Crow laws enforced a rigid racial segregation, mandating black citizens to send their children to inferior schools and other public services. Businesses and political supporters also imposed poll taxes and literacy tests aimed at preventing blacks from voting, and providing official support for a culture of segregation and discrimination. Reconstruction Jim Crow laws were almost everywhere that there were freedmen and women trying to make a living for themselves and even forced the elite black Southerners to send their children to the North to escape the turmoil caused by white Southerners attempting to smear the black communities with racial derogatory slangs and monikers.

After the symbolic Emancipation Proclamation of 1863, the nation eradicated the system of slavery within the United States. After the eradication, various forms of Civil Rights and Civil Movements formed for the validation of citizenship of African Americans. As the movements grew, so did the armed White southern attacks against African Americans. The Jim Crow era was used to enforce discrimination of African Americans after the Civil War and the Emancipation Proclamation. Southern whites refused to take part in Reconstruction with the fear of Black domination over politics, the economy, and everyday lifestyles. The Jim Crow laws “represented the legitimization of anti-black racism” (Museum from Ferris State University). Many social and cultural institutions supported the oppression of African Americans. Some of the supportive Jim Crow “etiquette” opposed African Americans shaking hands with Whites, illegal to show public affection to each other, White’s were not supposed to call them by “Mr., Mrs., Miss, Sir etc. Jim Crow laws excluded Blacks from “public transport and facilities, juries, jobs, and neighborhoods”; the laws were also known as Black Codes (Museum from Ferris State University). Jim Crow Laws and segregation was prevalent from the Reconstruction Era all the way into the Civil Rights Movement.  To this day, segregation and discrimination may sometimes be apparent in our everyday lives, even if we go about without noticing it.

← When
Why →
Jim Crow
Where