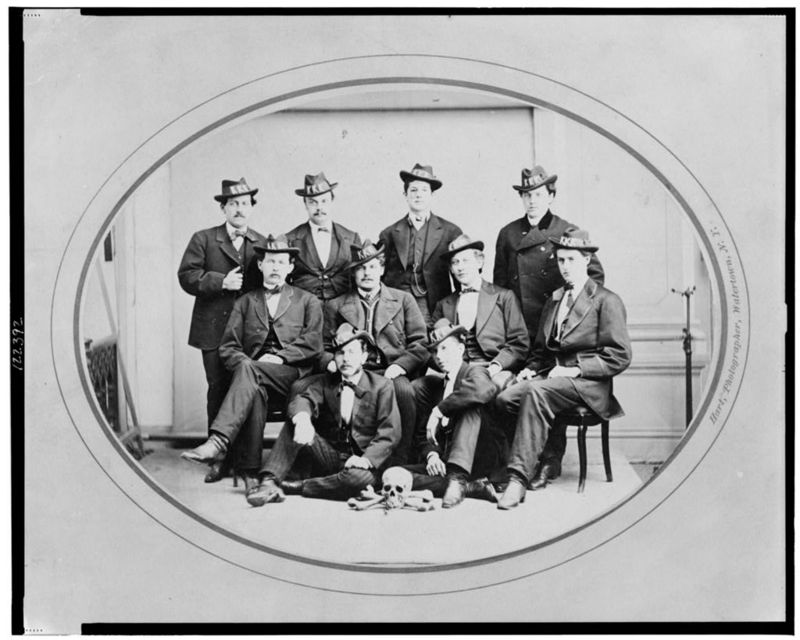 This photograph depicts an early KKK of 1870, Division 289 from Watertown, New York.  Early KKK members did not always hide their identity.  Even when they did wear costumes to cover their faces, and that of their horses, most members could be recognized by their boots and clothes, and their horse's saddles.  Permission granted through Library of Congress, image made from original.

Racial tension had already begun to accelerate before the war ended due to the Emancipation Proclamation and subsequently the Thirteenth Amendment. Although most Northerners were in favor of the emancipation of slaves, they still did not favor racial equality.  Most Southerners believed God created black people for working and serving white people, and that the thought of racial equality violated God’s plan.  They also feared that if the South lost the war, slaves would rule over former masters and other whites, and buy up property that should belong to the white man. An organization that would become known as the Ku Klux Klan was created by Southern white men to oppress former black slaves in order to assure white supremacy.  The KKK would resist Reconstruction by terrorizing and murdering blacks due to racial beliefs.  Many former slaves did leave their homes and moved in search of more peaceable living areas. 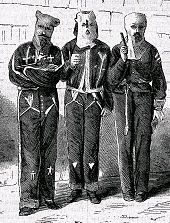 After the end of the Civil War, six Confederate Officers from Pulaski, Tennessee,  John Lester, Calvin Jones, Richard Reed, James Crowe, Frank McCord and John Kennedy, would get together and discuss poltical issues and current events, especially rights that were being given to former slaves. After the war, riots took place with white mobs brutally attacking black people, killing or injuring people, looting and destroying black homes, churches, and schools.  To extend this fear and terror, in May 1866, as the men met together, John Lester said to the rest of his friends, “Boys, let us get up a club or society.”[1]

Designed after a popular Southern college fraternity called Kuklos Adelphon, Calvin Jones and Richard Reed suggested they call themselves Kuklos, a Greek word that means circle or band.  James Crowe suggested a deviation, “Call it ku klux" then adding the word klan, which also means band or circle. Vows of secrecy, secret rites and rituals such as passwords, handshakes, a secret code, and hazing new members were developed.  Mysterious sounding titles were given to each officer; Frank McCord was the Grand Cyclops (or president); John Kennedy was Grand Magi (or vice-president); James Crowe was Grand Turk (master of ceremonies); Calvin Jones and John Lester were Night Hawks (messengers); and Richard Reed was a Lictor (guarded the den).  After organizing the officers and club administration, they took white sheets from a linen closet, put them over their heads, cut two holes for eyes, and one for their mouth.  They then got on their horses with their costume, and ran up and down the streets, whooping, moaning, and acting like ghosts.[2] 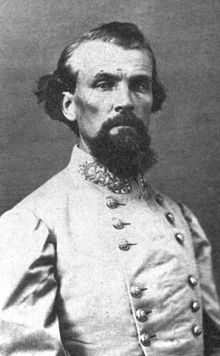 The Ku Klux Klan Begins Its Reign of Terror

The Klan would become a terrorist group, and soon evolved as a larger entity to become a shadow government with its own constitution, leaders, and police – dedicated to the idea that only white people should control all areas of government and society.  The Klan would also become known as the Invisible Empire, reorganized in April 1867, and Nathan Bedford Forrest would become the new leader with the title of Grand Wizard.  Bedford believed that a vigilante group like the Klan was needed to restore order to a war-torn South to maintain white supremacy, and this group would take the law into their own hands to do so.  Forrest would try to disband the Klan later in 1868, after Grant won the Presidency, and the 15th Amendment was passed.  However, the Klan was almost impossible to enforce as membership in Klan organizations continually grew over the next few years.[1]