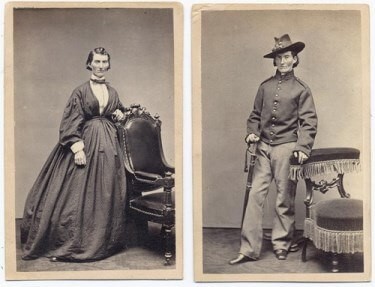 Frances Clalin dressed as a man in order to enlist

In fact, many women enlisted into the war. Although the Union and Confederate armies disapproved enlisting women, this didn’t hold them back. Women began to change their names and disguised themselves as men. It has been estimated that a little less than four hundred women served in the war.[1] It wasn’t until later, once they had been injured, that women would be discharged from the war. Once discovered, women soldiers were discharged on “sexual incompatibility.”[2]In other words, soldiers found to be women were immediately discharged and swept under the rug, as it was inappropriate for women to be in the presence of war. Yet, women would find themselves involved in the war whether it was in a uniform or a dress.