In the late 19th century and early 20th century, major U.S. cities were ever-expanding and becoming increasingly larger residential, commercial, and economic hubs.  With rapid urban growth, there became a need for rapid transit due to concerns of overcrowding, congestion, and expanding markets.  Most Americans saw rapid transit as a necessity, not only for physical mobility but for social, occupational, and property mobility, and it should be seen as an essential public utility like water and electricity.  It would provide a comfort needed in large, busy cities.

Residential dispersion through rapid transit would prevent overcrowding in residential areas of the city. The working class in the cities lived in overcrowded tenements and became a large problem in cities like New York City, Philadelphia, and Chicago.  These cramped buildings were a source of poverty, crime, and disease.  Promoters of elevated railways and subways argued rapid transit would “take the working class out of the tenement houses, the breeding-places of cholera, where they sicken and die, and give them neat little homes, where they can have pure air, and a bit of green grass before the door.” 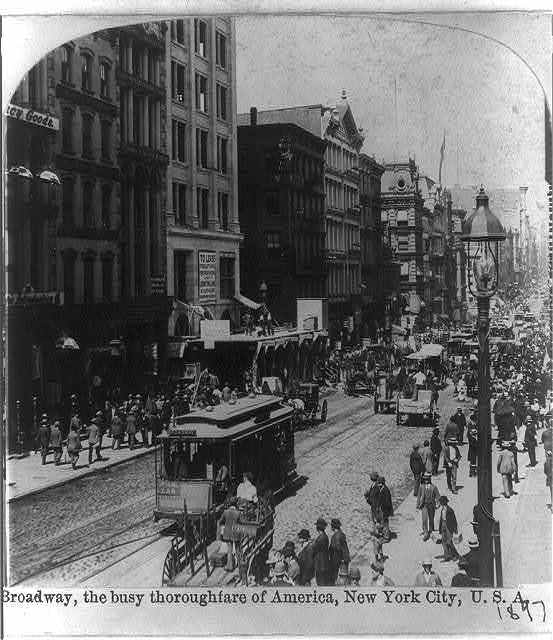 Streetcars and trolleys were the popular forms of transit in major cities that provided a way for people to travel cheaply within the city.  The main issue with streetcars is they shared the same streets with everything else and contributed to the rising congestion problems. 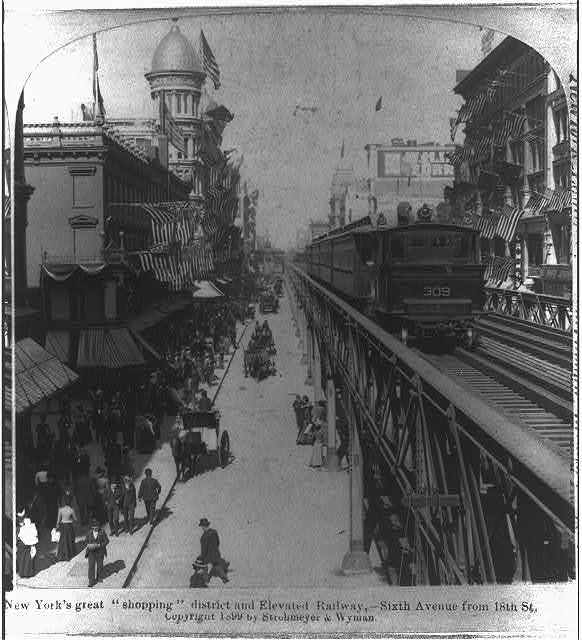 Elevated railways allowed passengers to travel cheaply and more efficiently throughout the city and its suburbs.  Although they were cheaper to construct than subways, they had their opposers. Residents and business owners living and working along the streets of elevated railways argued the els decreased property value and were disruptive since they were loud, they spewed hot ash on the people in the street below, and the railway covered the streets in darkness.

Subways were more expensive to construct but they were the ideal form of public transit, as it provided everything the elevated railways did but without the disruptions.