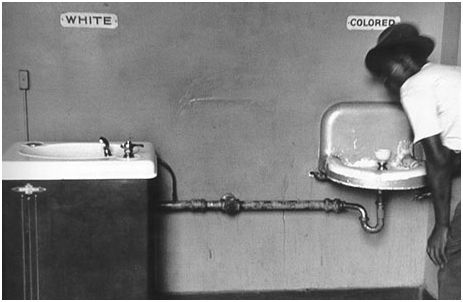 From the 1880s into the 1960s, a majority of American states enforced segregation through "Jim Crow" laws (so called after a black character in minstrel shows). From Delaware to California, and from North Dakota to Texas, many states (and cities, too) could impose legal punishments on people for consorting with members of another race. The most common types of laws forbade intermarriage and ordered business owners and public institutions to keep their black and white clientele separate. 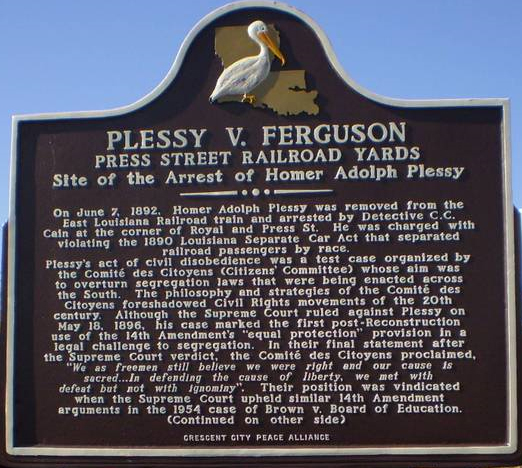 Plessy v. Ferguson (1896) marked the beginning of a 58-year period where Jim Crow was largely unchallenged and condoned by the federal government. Homer Plessy, a black man who tried to board a white-only train in Louisiana (the car designated for blacks was full), claimed the Louisiana segregation laws violated both his 13th and 14th Amendment rights. Once Plessy boarded the white-only train, he was forcibly removed and jailed. The Supreme Court, by a vote of 8-1, ruled that equal rights did not mean co-mingling of the races, effectively legalizing and facilitating "separate but equal" access for blacks. Again, the lone dissenter was Justice Harlan. Plessy not only perpetuated the white supremacist beliefs of the time, but also made it possible for states to make and enforce Jim Crow laws with impunity. 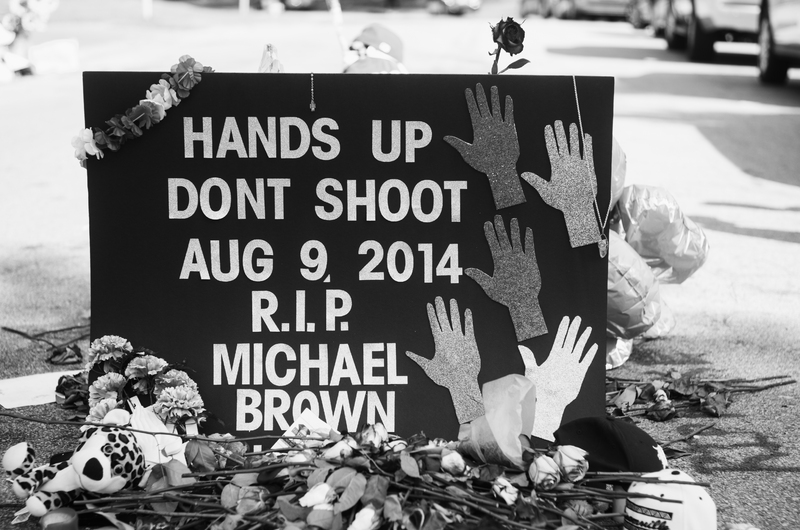 On August 9th 2014 Michael Brown and his friend Johnson were walking down a street when he was meet by an officer, Darren Wilson.  Johnson says that when the incident began, Wilson used profanity to tell the young men to get out of the street, hit Brown with his car door while trying to open it, then grabbed brown by the neck. Wilson and Brown continued to fight until Brown broke free and started to run when Wilson shot Brown for the first time, there would be several shots to come. Brown was dead by the time medical help reached the scene. 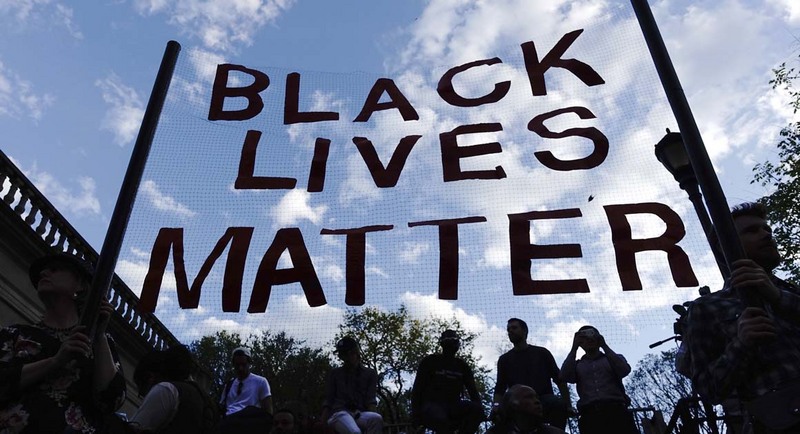 Black Lives Matter, was created in 2012 after Trayvon Martin’s murderer, George Zimmerman, was acquitted for his crime, and dead 17-year old Trayvon was post-humously placed on trial for his own murder. "Rooted in the experiences of Black people in this country who actively resist our de-humanization (BlackLivesMatter)". Black Lives Matter seemed to become national news over night. With the use of social media, you would see the hash-tag Black lives matter all over the internet and news.

Person, and Natasha Noman. "Racism in America Today Is Alive and Well - And These Stats Prove It." Mic. 2016. Accessed May 02, 2016. http://mic.com/articles/140107/racism-in-america-today-is-alive-and-well-and-these-stats-prove-it#.QbpQcFJob.

Stuckey, Torri. "Brown v. Ferguson: Are We Better Off Separate Than Equal." The Huffington Post. Accessed May 02, 2016. http://www.huffingtonpost.com/torri-stuckey/brown-v-ferguson-are-we-b_b_5893126.html.