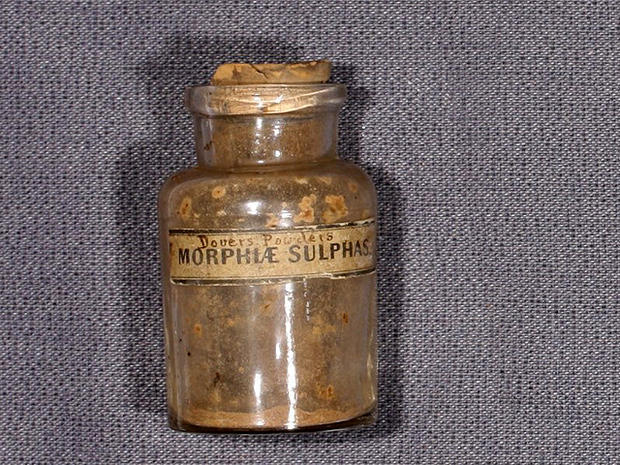 A bottle of Dover's Powder, a mix of opium and ipecac used on soldiers during the Civil War for cold symptoms.

The Civil War was perhaps the biggest contributer to the drug abuse that plagued late 19th and early 20th century America. Given their pain-killing properties, cocaine and opiates such as morphine were administered medicinally very regularly during the war. Cocaine was frequently used as an anesthetic during surgery and morphine was used from anything from a gun shot wound to diarrhea to reduce pain. To give an idea of the amount of drugs the military was using at this time, over 10 million opium pills were issued to the Army during the Civil War as well as 3 million ounces in other opium related preparations. 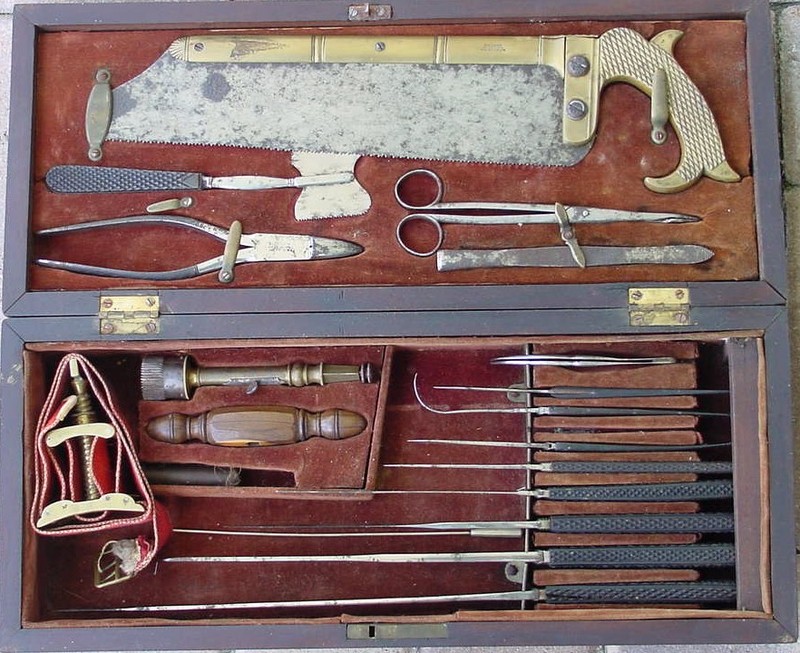 Tool kit used during the Civil War for amputation, a common occurrence.

The frequency of these drugs being administered during the war combined with the severity of injuries sustained made it very easy for soldiers to become addicted. There were accounts of a surgeon that would diagnose by horseback and have soldiers lick morphine powder from his hand. These highly addictive substances were given out for anything and everything because they temporarily got the job done. So more than likely most soldiers were given it at some point. In addition, lots of soldiers suffered traumatic injuries that stayed with them after the war. Given the dated medical practices at the time, a lot of them dealt with chronic pain resulting from their injury. Since the pain didn't just go away once the war ended, most soldiers didn't have a choice but to keep using. One man survived a shot in the head during battle and was still using morphine 55 years later. 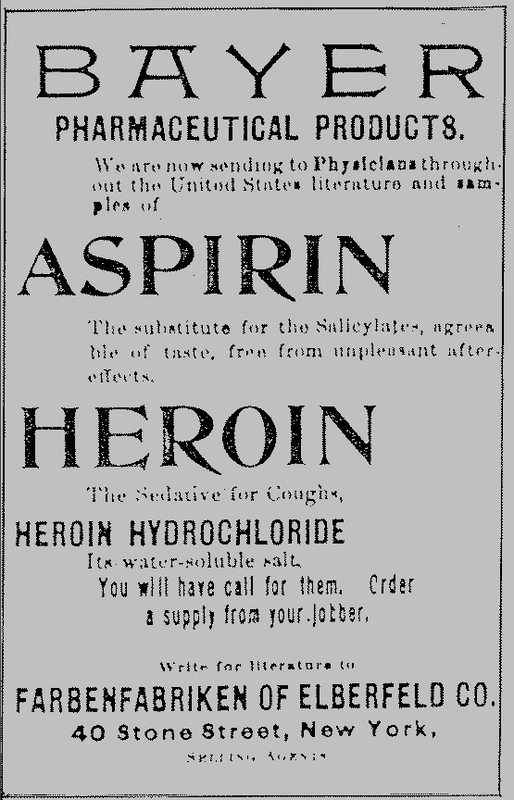 1897 advertisement for Heroin as a cough syrup.

Once the soldiers returned home, many of them built up a dependence on the substance they were using to alleviate their pain. There was high demand for these "wonder drugs" as they were sometimes called and someone could find them in any drug store in America. It could not have been easier to get access to the substance of your choice. There was no need for a prescription, most patent medicines contained opiates or cocaine, and often times someone could order what they wanted by mail. Since there was no regulation and the availability was so high, many people were susceptible to abuse. By 1900, there was estimated to be around 200,000 opiate addicts in the United States. 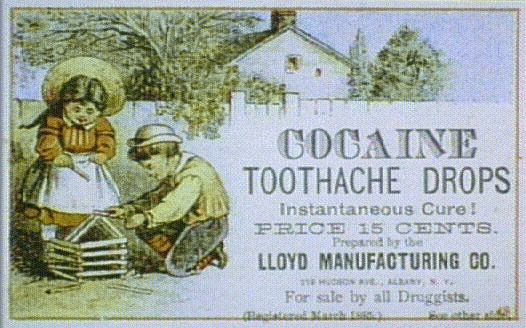 Advertisement for a cocaine based toothache drops for children.

Addiction and substance abuse however was not a real social concern during this time. There were a handful of accounts about "Soldier's Disease", which described soldier's dependence to opiates after the Civil War, but not much else. It was such a social norm that cocaine and heroin found its way into children's medicine. Advertisements for cough syrups such as Mrs. Winslow's Soothing Syrup would go as far as to say the medicine is "perfectly harmless". Reform began to take place only after a child died of overdose from taking the very same cough syrup.