American Drug Culture as Created by the United States Government

Although not intending to make light of early drug use and its addictive nature; the sheer idocy of these ads is ridiculous in our modern era. The Gilded Age was a time of discovery and advancment where efficiency was glorified while repurcussions were discarded.

As such these captions poke fun at this absurdity through the use of humor instead of commentating on the obvious absurdities representaed by the following ads.

All products were available throughout different regions of the United States. Most allowed over the counter, if not, then lack of regulation still allowed for common consumers to aquire them through illegitimate means. 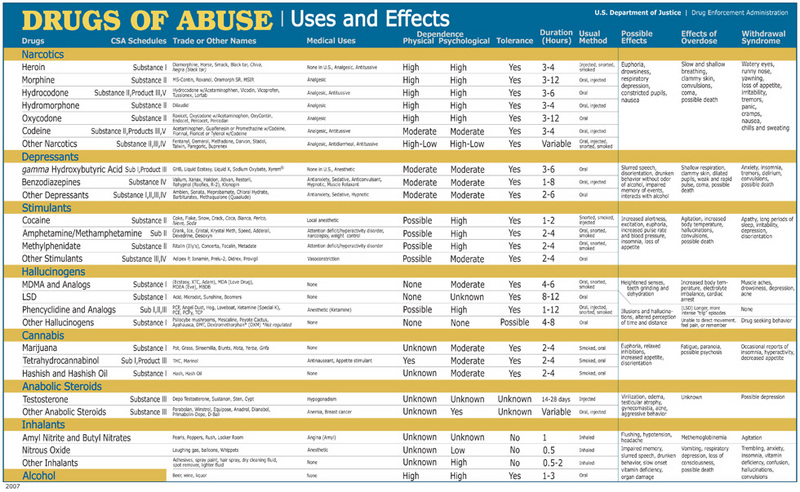 Classification of drugs and their addiction levels for those who don't know.

It's important to look at the addictive nature of these classifications as well as their negative effects. There is a clear lack of these negative effects throughout these ads presented to the public. Ads with government approval, targeted towards the masses who had signifigantly less than a highschool education at the time.

Although unfair to comment upon historical events and practices due to our hindsight and modern ideologies; the ridiculousness of advertisments during the during the Gilded Age truly due reach a level of absurdity.
However so too was the power of these medications provided.

To say that the Gilded Age was an era of light drug regulation would be an understatment. 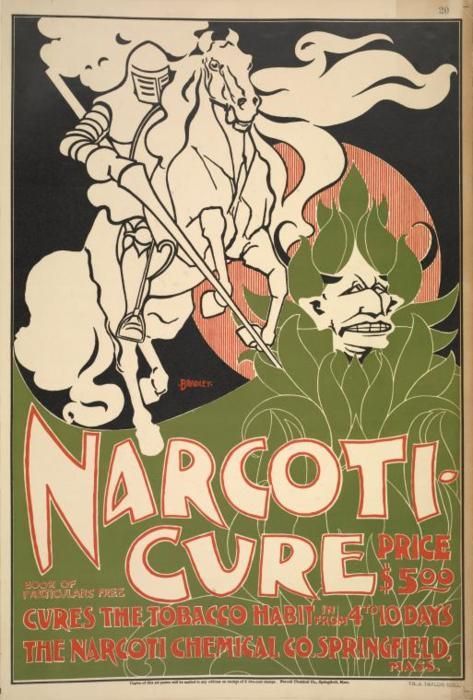 The preferential use of "Narcotics" over "Tobacco"? Sounds reasonable but might want to check the graph first.

It doesn't take a genious to figure out that this claim is a little less than accurate when considering that modern medical technology in the 21st century is still unable to cure cancerous complications. 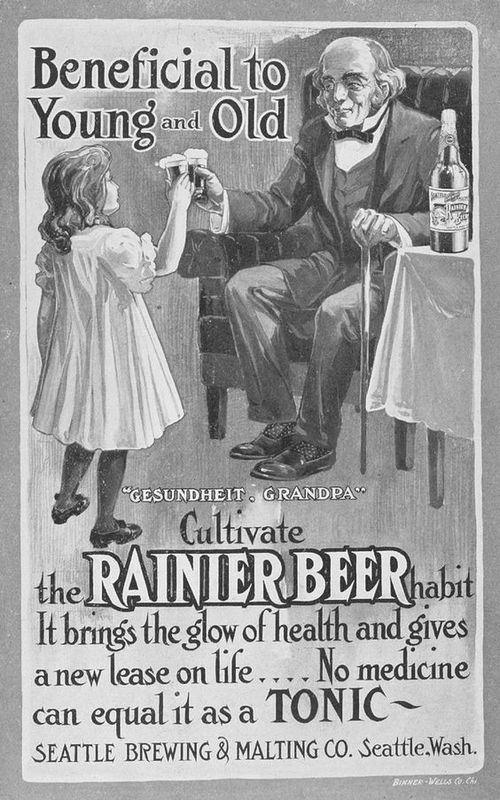 I wonder what causes the hangover then???

You know you can always believe everything you read.

A similar tactic to modern advertisment but with an adverse message.

Everyone knows the cool kids buy American products and do drugs... 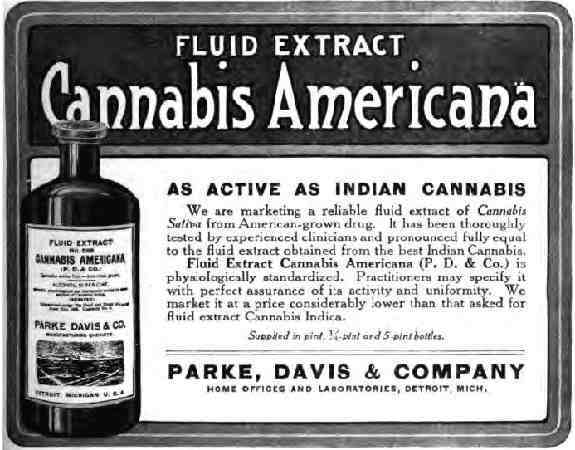 Cause if it's American it has to be better. Right? 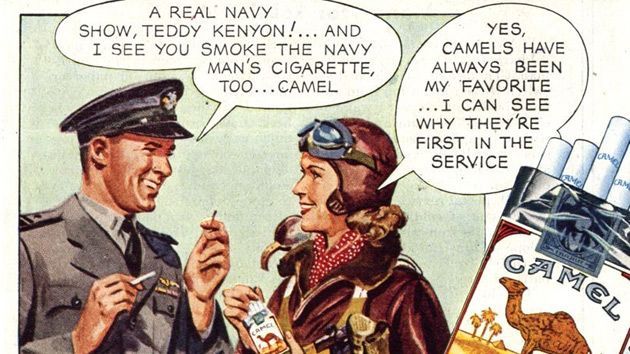 One of the few drugs publicly supported by the military, howver it was not the only one used repeatedly and some times excessivly.

“Is the World's Most Powerful Military Defenseless Against Big Tobacco?.” Mother Jones. 5/22/2014. http://www.motherjones.com/authors/michael-mechanic?page=9. 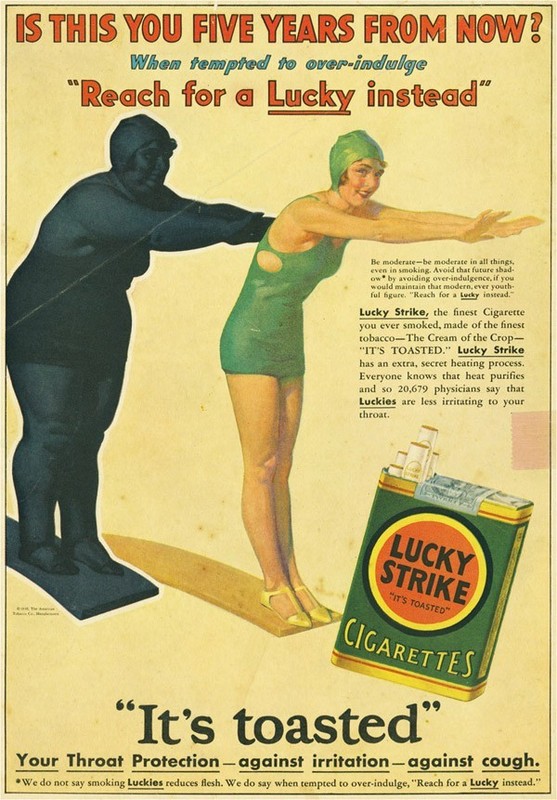 It's always healthiest to be as skinny as possible, right?

Consider if you had less than a highschool education and were exposed to these ads.

These are only two of the many products to contain cocaine during the era, all ranging in positive effects as shown in the diversity of the ads. The most shocking part being the difference in advertised results but the universal ambiguity of the adverse affects. 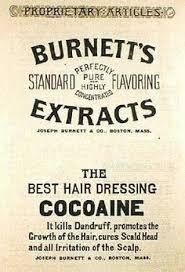 How much is your hair worth to you? Additionally it even comes with highly addictive attributes to ensure you don't forget to self-medicate daily.

I'm sure your hair will thank you...

“Before Prohibition: Images from the pre-prohibition era when many psychotropic substances were legally available in America and Europe.” Addiction Science Network. 2/26/2009. http://addictionscience.net/ASNpreprohibition.htm. 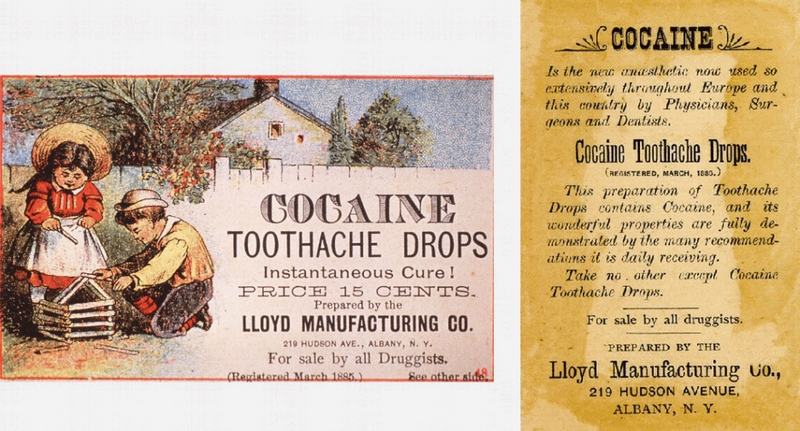 Not the only option for toothache, but the best for tooth relief and a short energy boost, what a deal. 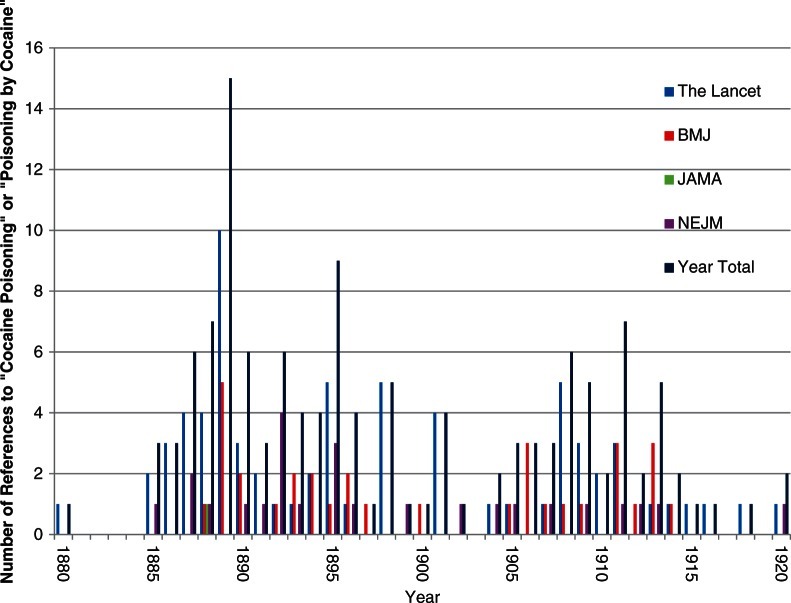 (Serious Commentary)
Although introducing, allowing and encouraging Cocaine usage (as well as other drugs) this was not a sole problem of the United States as shown byt the data of 4 of the most prominant medical associations of the time;
The Lancet, The British Medical Journal, The Journal of American Medical Association & The New England Journal of Medicine

I'm sure Tony Montana would be happy to hear of these attributes.

Some serious medications for some minor problems.

I guess overkilling a problem is still removing the problem. That is if you don't think of the repurcussions of the prolonged use of highly addictive drugs for common problems.

I can understand the classification of a drug for use of headaches, pain, cramping.... But after defining all these what exactly is "women's discomforts"?

Regardless it sounds effective and that's what really matters, right? 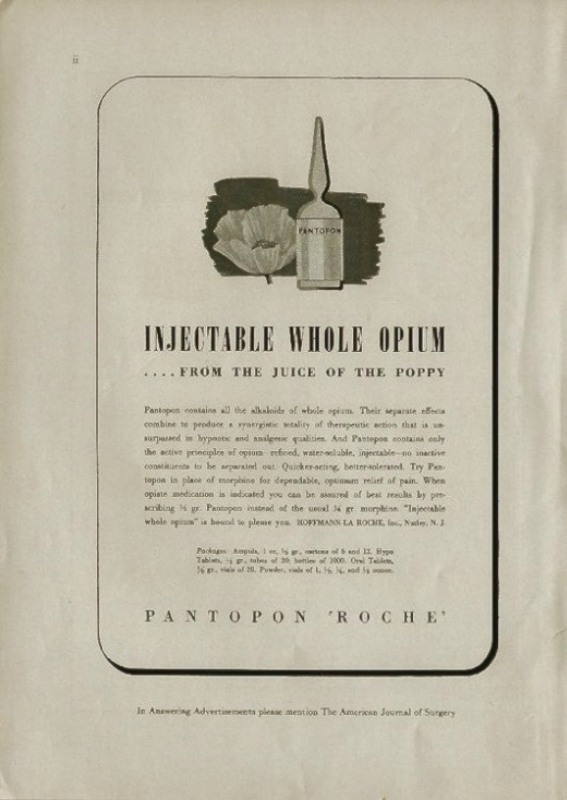 If a piece of Opium relieved your problems temporarily then taking "Whole Use Opium" must be better, right?

When you prefer to medicate yourself to a comatose state, these will probably do the trick. 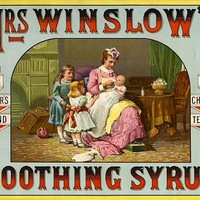 Primary ingredients: morphine and alcohol...
How painful were your teething years? 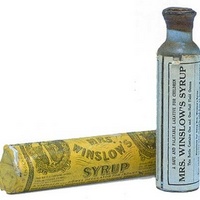 Unsurprisingly a drug with both Alcohol and Morphine looks like it should be used in a hospital and not a household.... 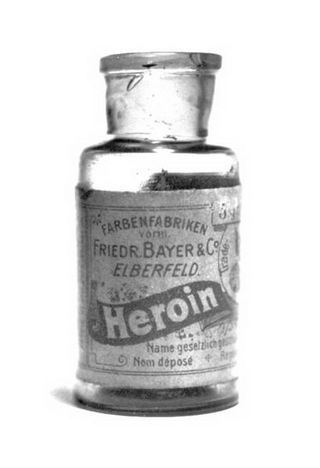 From the same company to make Advil.....

Anyone heard of the Bayer Company?