The Unite States is a land who has based their ideals off of hard work andpatriotism to one’s country. This is something that the United States labor force prideditself on also, however, job opportunities were not equally distributed amongst thepopulation. Various factors like racial segregation and education were some of the maingaps that kept the American workforce divided, and this was just the tip of the ice berg. Oncesomeone had gotten the job that they were looking for did not mean that they hadjob security or couldn’t be treated poorly. This became a major worry especially with children as aviable option for employment. However, once the labor unions in the United States were formedup many jobs and job opportunities were regulated for the benefit of thepublic. 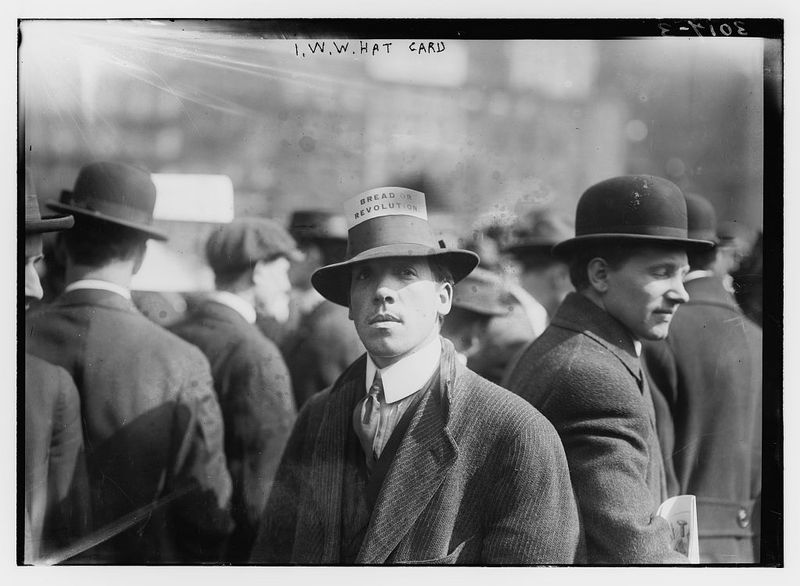 During the later years of the Industrial Revolution, industry had been changedlargely. Large scale farming and small scale factories/manufacturing plants shifted toward small scale farming andlarge scale factories/manufacturing plants (a complete reversal). At this time large numbers men and women were moving from ruralspacious towns to busy metropolitan cities/areas. These areas were usually major citiesbecause they were major hubs for trade in America and were seen as an avenue to givethe average American a shot at working their way to wealth and status (the American
Dream).

During the late 19th century, early 20th century there was a major rise inEuropean and Latin American immigration to the United States. Many of these peoplecame from Mexico, Germany, Ireland, Italy, and Poland. These people left their nativecountries because of lack of opportunity, hardship, and the belief in the AmericanDream. At this time the American Dream seemed to be the driving force for the world,because, it was a very popular sentiment based its ideals in "through hard work and sweat you couldwork your way out of poverty to make a name for yourself in the world". This wassomething that was done by many men including Andrew Carnegie and CorneliusVanderbilt, both men (European and American) were born in poor andimpoverished households however, they chased the American dream and turned out tobe a success stories. But, for most Americans it did not happen for them and they sawthemselves slaving away day and night at a job that had little or no benefits. This same job also had littleregard for their safety, this was something had to change. 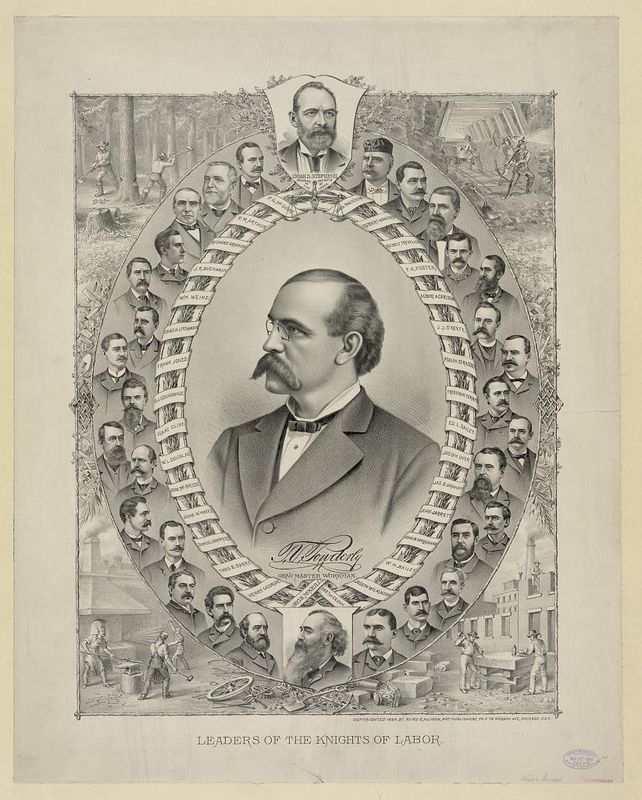 The Knights of Labor, who’s original name was Noble and Holy Order of the
Knights of Labor. They were one of biggest Unions in America, especially in the 19thcentury. Their most famous president was Terence V. Powderly, who was famous for his progressive approach by promoting thesocial and cultural elevation of the average working man. The Knight of Labor were most famous for fighting for the 8 hour work
day. One of the major downsides to the Knights of Labor was the fact that they werevery racist, they barely supported any African Americans nations wide and fought toexclude all Chinese workers from their organizations. The Knight of Labor became aweak organization over time and they could not cope with their past failures and violence
(especially in the Haymarket Riot). Which saw most of its members leave the movementin 1890. Many of these men decided to join other unions that fit the ideas that they believedin. Overall the Knights of Labor did accomplish some great feats like quelling the Panicof 1893. The Panic of 1893 was famous for the destruction of a railroad overbuilding which would bring light to questionablerailroad financing, which created a chain of bank failures.

The National Labor Union was born from the ashes of failed labor activists, whowanted to form a national alliance of workers who felt that they were unfairly treated.The National Labor Union wanted to unite the other Labor Unions that were in existence(only for white males). They established the “eight-hour leagues” which createdconversation for the 8 hour workday (much like the Knight of Labor). They wanted to make a national labor group thatwas strong enough to force the American workforce into labor reforms. Their goal wasto provide a Union in areas where there were none, making them one of the firstmultinational unions in America. 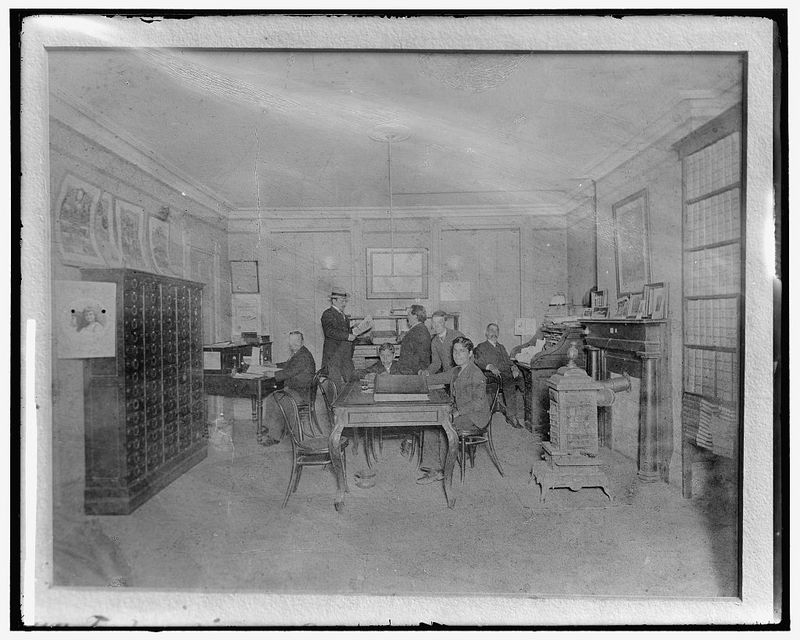 A meeting between the leaders of the American Federation of Labor.

The American Federation of Labor or the AFL was one of the first labor unionsfounded in America. They were founded in 1886 in Ohio by a group of dissatisfied craft
workers who were originally part of the Knight of Labor. They left because they thoughtthat the Knight of Labor were not doing all they could to help them in their situation.Samuel Gompers was the organizations president and was continually reelected untilhe died in 1924. During his time as president he established the AFL as one the largestunions in the nation, only to be matched by the Congress of Industrial Organizations(CIO) who broke away from them creating a rivalry between the two.Eventhough the AFL was founded by craft workers, they still focused on the industrial sectorof workers they, however, because the CIO (who focused on industrial workers mainly)becamethe bigger Labor Union over time they joined forces and united with them. Bringing the two rivals topeace in 1955 creating the AFL-CIO. 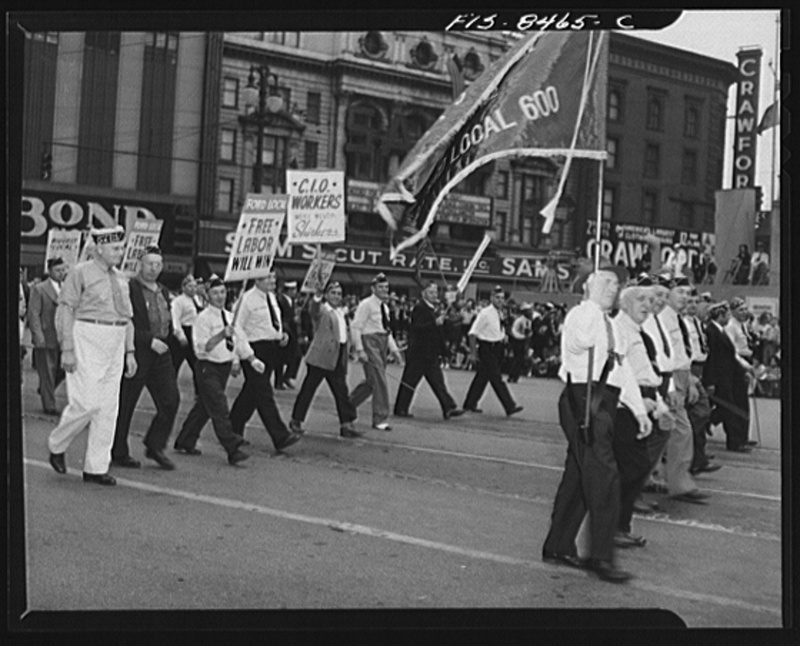 The Congress of Industrial Organizations (CIO), was a labor union who made ittheir main focus to fight of for the rights of the industrial worker in the United States andCanada. This organization was founded by John L. Lewis in 1935, it was originallynamed the Committee for Industrial Organization. However in 1938 they broke awayfrom the AFL and changed their name to the Congress of Industrial Organization. TheCIO were big proponents of the New Deal and Franklin D. Roosevelt, they worked tohave their workers hired out on the New Deal Coalition, and they were one of the first (whitemale founded unions) that accepted African Americans. The rivalry between the AFLand the CIO became very bitter as they fought over territory and workplaces, this lead toextreme hatred towards the other side and sometimes violence. This came from the factthat the CIO was founded from the ashes of 8 former AFL affiliates. They wanted to
encourage the remaining groups under the AFL to join them and created a unitednational labor union. However, they failed but years later in 1955 they stopped theirfighting and created the AFL – CIO.

When the Women’s Trade Union League was founded in America in 1903. When they were founded theybegan to try to build a relationship with the leading officials in the AFL. The Unions firstpresident was Mary Morton Kehew, who was a prominent social activist in Boston. In1907 the organizations main goal was to help the AFL and encouraging women to jointheir organization. However, the AFL really did not care about the Women’s TradeUnion League and generally overlooked them in most ways. However, the Women’sTrade Union League did their part to push the AFL toward supporting women’s suffrageand managed to increase the amount of women who were affiliated with the AFL thanever before.

← The Yukon Gold Rush
Fredrick Taylor: A Mad Man the Business Would Come to Love. →
Business and Economics
Myles Belvanis