Opiate Addiction in America During the Guilded Age - Jordan Voie 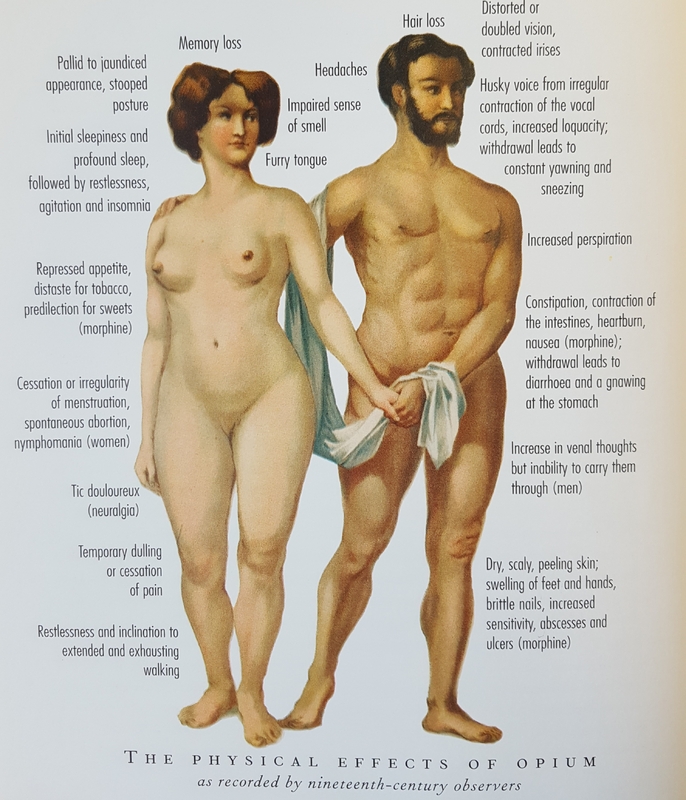 The physical effects of opium on the body.

As opiates became more studied in the medical field, the effects they had on the body became more well known. Some of the effects were gender specific, but many of symptoms were felt by all. This is an example of a graphic that would be shown in medical books and journals in the late nineteenth century. 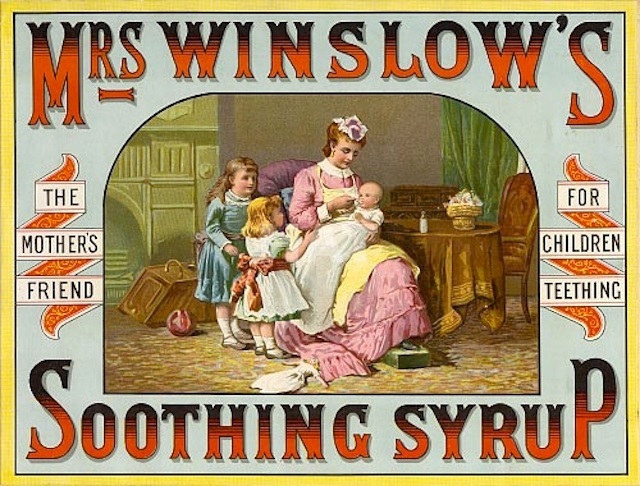 An advertisement showing a happy family enjoying the comforts of opiates. 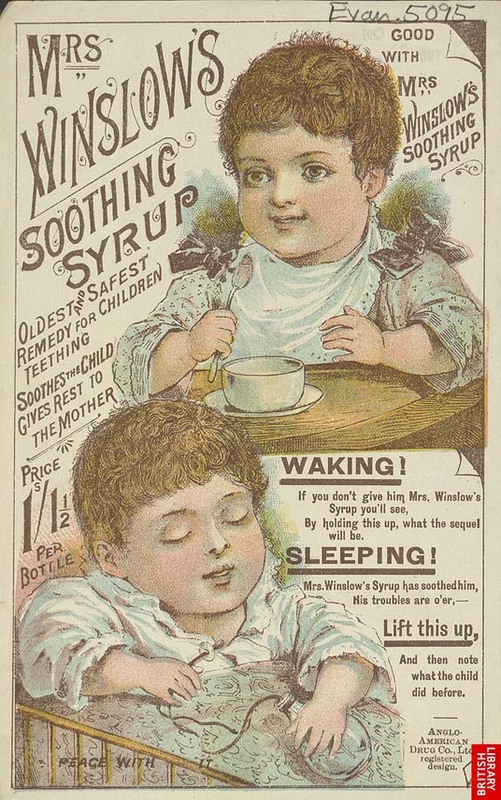 An advertisement showing the benefits of having a drugged out child.

Advertising for opiates, as well as other drugs, was very common during the guilded age. While there was not a consensus in the scientific community for what bodily systems these substances operated on, the calming effects of them was apparent. Different companies made different formulas of tonics and marketed them extensively. Mrs. Winslow's Soothing Syrup was one of the most commonly seen brand in drug marketing. The formula for this brand included sodium carbonate, ammonia, powdered opium, and morphine. The drugs appealed to women who were tired from the duties of motherhood, and offered to calm children down and make parenting easier for mothers. 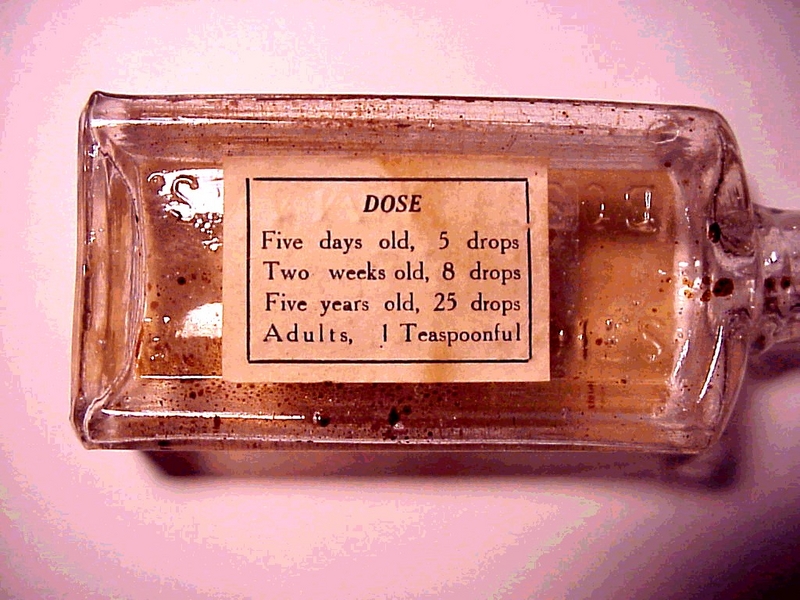 This is a bottle of luadanum with dosing instructions from infants up to adulthood.

This is what a typical bottle of luadanum looked like. Luadanum was often a mixture of morphine and alcohol, with other additives present depending on the manufacturer. The label on this bottle shows the dosing instructions for newborns, infants, children, and adults. 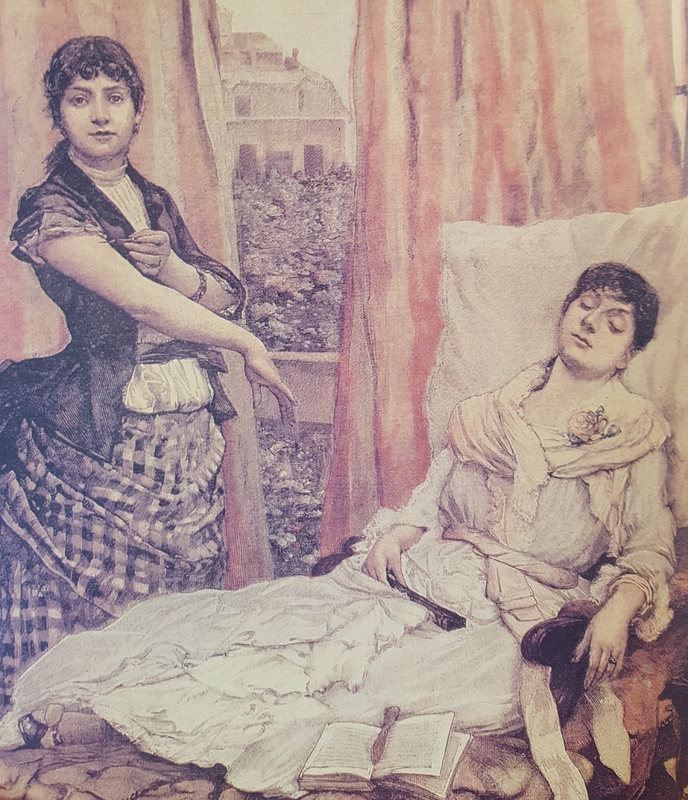 This is a painting from a French journal in 1891 depicting women using morphine intraveinously. As the use of morphine became more common, it became depicted more and more in the media. 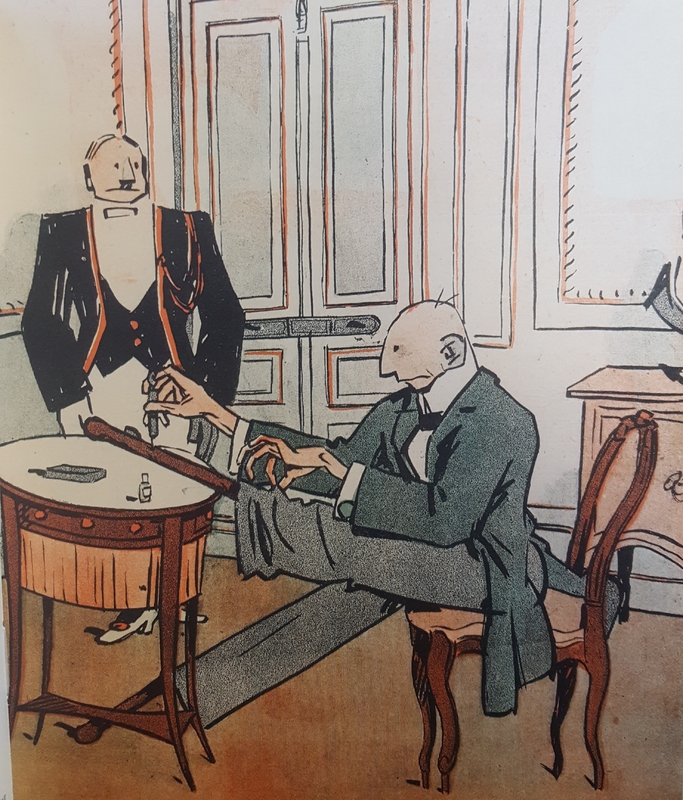 Satire of a man who kicked morphine

This is a satirical painting of a man injecting morphine into his wooden leg. The caption in the journal had the man declaring, "It's incredible! This no longer has effect on me!" 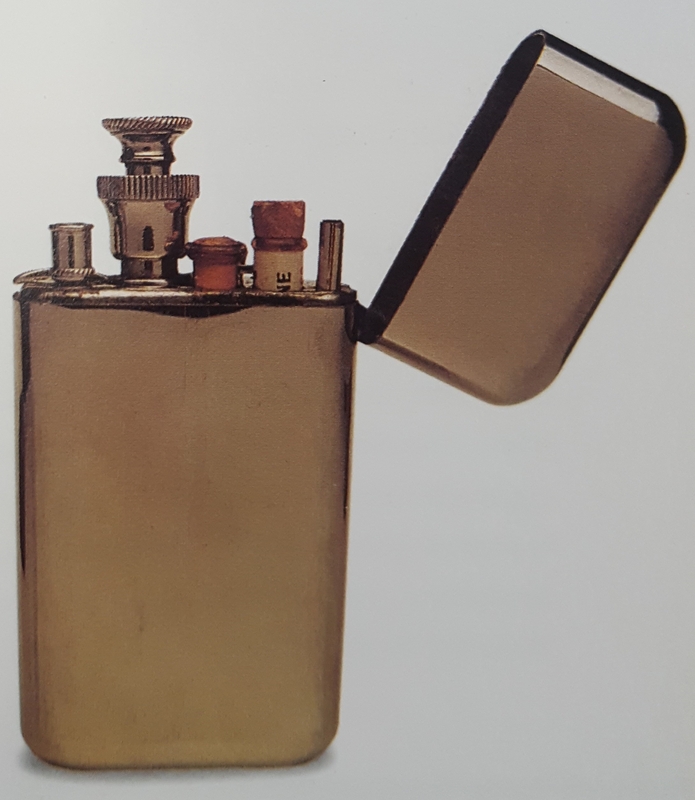 As inteveinous drug use became more common, manufacturers started making accessories to make on-the-go drug use more discrete and convenient for everyday people. This particular one is designed to look like a cigarette lighter and has enough space for two vials of morphine and a hypodermic needle. 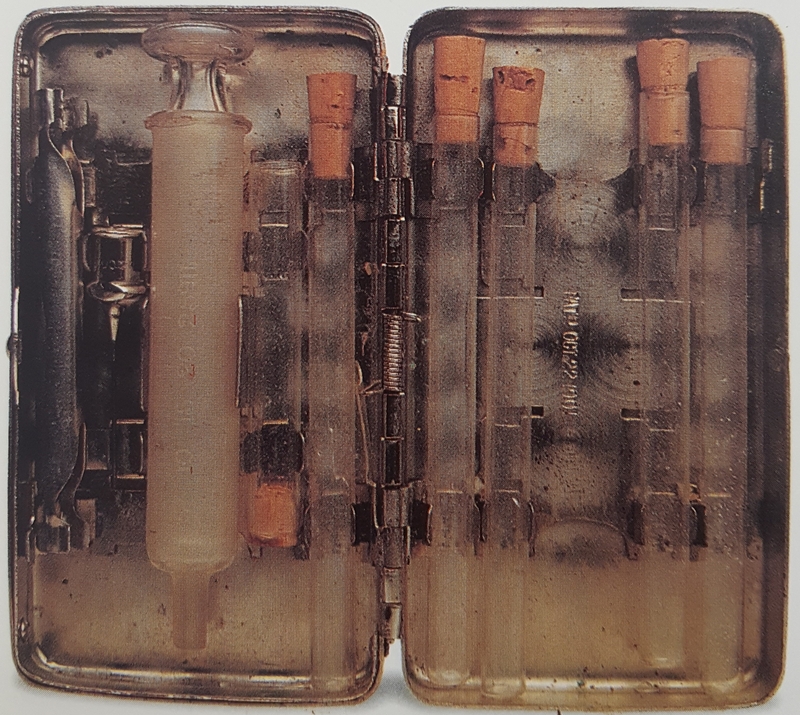 This is another discrete container that is meant to look like a cigarette case. This one has enough space for six separate vials and a hypodermic needle.