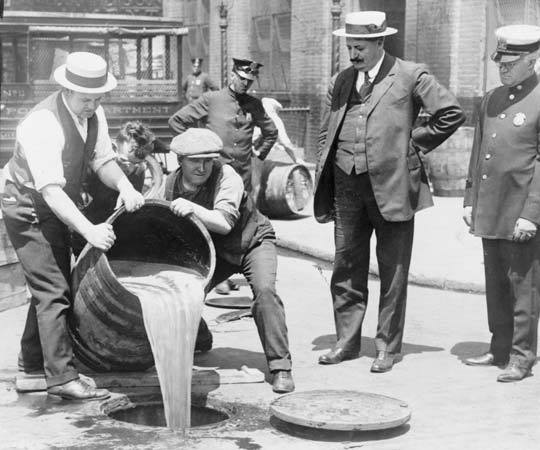 Agents in New York City pouring out alcohol found from a raid. (Library of Congress, ca. 1921).

The core of reconstruction was built around the reformation of laws, retribution, and bettering the country. This gave way to a progressive movement hroughout the early twentieth century. The progressive movement strongly advocated the prohibition of alcohol in order to improve the well-being of the country. In theory, prohibition was an excellent idea: it rid the world of a substance some believed to be a "poison." But, the real world application proved to be a failure. Prohibition was backed by a religious, economic, and political argument, but eventually failed and opened up the door for organized crime to thrive during the early twentieth century. 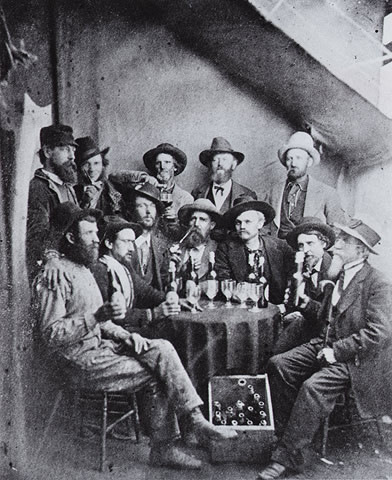 Miners enjoying a drink at a saloon after a long day's work. (Colorado Historical Society ca. 1890)

The “religious” argument in favor of prohibition was strongly influenced by Protestant religious. Protestants did not believe in drinking alcohol in moderation “nor with legal restriction.”[1] The consumption of alcohol tore families apart and prevented men (primarily) from being good husbands and fathers. Often times, men would go to a saloon immediatly after work, get drunk, and take out their stress on their families. In addition, Protestants were not entirely fond of capitalism in the United States. According to Walter Rauschenbusch, who was a popular Christian writer, capitalism was “unchristian because of selfishness, greed, and irresponsibility” and big businesses were taking advantage.[2] During the late nineteenth century, multiple studies came out about the relationship between alcohol and childhood disease, and the results were ugly. In a study pinning non-drinking parents against parents who drank, studies showed that eighty-two percent of the children of parents who drank were defective, leaving only about eighteen percent normal.[3] The preservation of the nation’s youth was extremely important to those with strong religious backgrounds. They used these types of arguments help pass the Eighteenth Amendment. 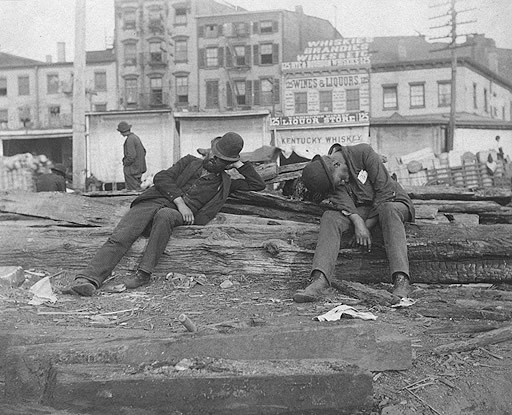 Workers who were drinking during a break at work. (Brooklyn Public Library ca. 1920) 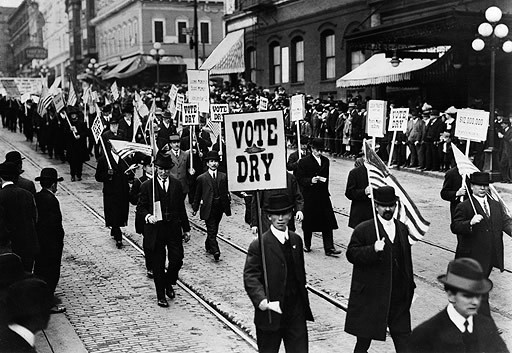 The “economic” and “political” arguments in favor of Prohibition went hand-in-hand. Business owners were particularly worried about their business. Once it was found that even a little bit of booze could impair judgement and brain activity, employers began to believe that a “moderate drinker, because not visibly intoxicated, was actually a greater menace to industrial safety than the heavy drinker.”[1] Owners were in favor of improving their workforce in order to improve production and safety. With such a rise in technology, industrialization, and big business, there was a growing number of jobs and a high necessity for executing these jobs to perfection in order to continue the rise in modernity.

One of the most successful programs that fought for the prohibition of alcohol was Anti Saloon League, which was a political program that gained a lot of support from the religious population as well. Wesley L. Jones, Washington State senator and defender of the ASL, made a critical argument for in favor of prohibition. He stated that the most important qualities of a true American were “law, order and honesty,” and prohibition freed the American of the grasp of alcoholism and poverty.[2] Essentially, alcohol took away certain freedoms that the citizens were entitled to, thus politically, Prohibition was the only option.

Organized crime was able to prosper as a result of Prohibition. Yes, Prohibition was intended to eliminate the sale and consumption of alcohol during the early twentieth century: people in favor believed that the people of the United States would “quench their thirsts in future with coffee, tea, milk, and soft drinks.”[1] This perfect ending did not happen. In reality, Prohibition opened to door for people like Al Capone to make significant amounts of money delivering alcohol to people because of the enormous demand. From the beginning, Capone was destined to be the infamous criminal that we know today: as a boy, he was a thief and pimp by the time he was hitting puberty, and “strong-arm” robber turned bouncer by the time he reached adulthood.[2]  Because the demand for alcohol skyrocketed once Prohibition hit, criminals like Capone decided to take advantage of the amount of money others would spend in order to get alcohol. “Bootleggers” began to make, transport, and sell alcohol illegally for profit. 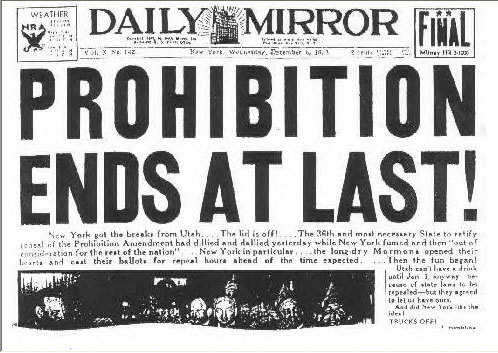 Prohibition proved to be a failure despite all the arguments in its favor. It not only failed to accomplish the goals that it set out to achieve, but opened up a whole new world of crime. The bootleggers were selling alcohol despite the laws of prohibition, and the alcohol they were selling was much more deadly than the alcohol the country was trying to eliminate. Prohibition proved to bring more negatives than positives as time went on. It got to the point where alcohol-related crimes were becoming a burden in the courthouse. In December of 1922, the Grand Jury estimated that county courts were paying upwards of eight hundred dollars per day in order to fight liquor.[1] Police officers were also easy to bribe because some of them were against the prohibition of alcohol, and even bought alcohol from bootleggers themselves. All in all, Prohibition caused so many problems that it was repealed in 1933, eliminating bootlegging and further pleasing the general public.